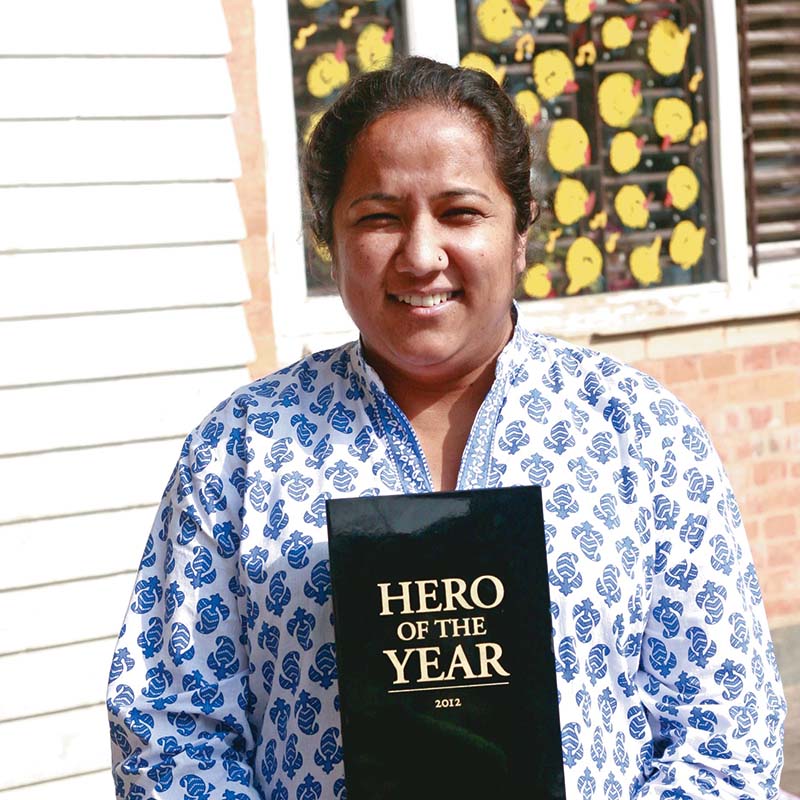 Photo: THT/File
KATHMANDU: Winner of CNN Heroes 2012 and Nepali social worker Pushpa Basnet has been nominated for CNN Super Hero: Above and Beyond. Basnet, founder of the Nepal-based Early Childhood Development Centre (ECDC), has been involved in providing shelter to the children forced to live with their convicted parents in prison. Apart from Basnet, four others including Liz McCartney, Efren Peñaflorida, Robin Lim and Chad Pregracke have been nominated for the title. They had won the title of CNN Heroes in 2008, 2009, 2011 and 2013 respectively. To vote for Basnet, people are advised to visit cnnhero.com, said Gaurav Kandel. He has launched support campaign for Basnet.
#CNN Heroes 2012 Pushpa Basnet #CNN Heroes 2012 #Pushpa Basnet #CNN Heroes #CNN Super Hero
You May Also like: