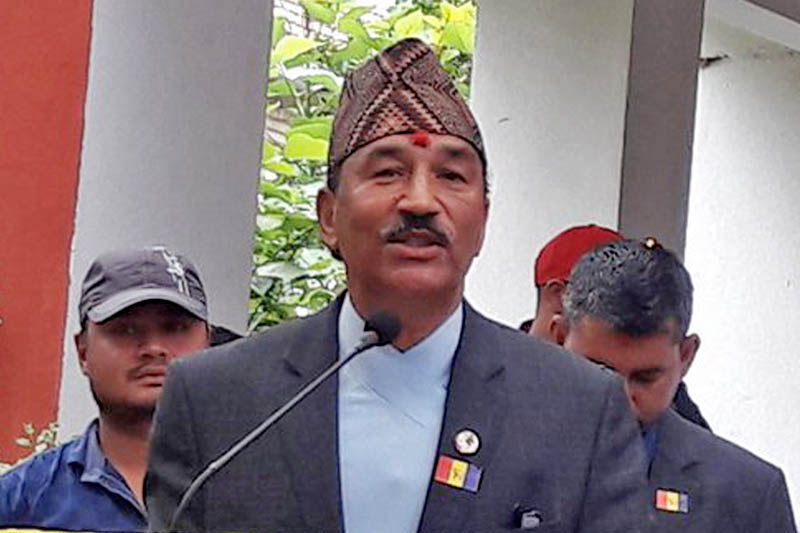 Leader Thapa twitted this morning requesting the Commission for the Investigation of Abuse of Authority to file graft cases against the culprits for misusing state coffers.

Thapa stressed that such actions should be stopped immediately and should never repeat in the future.

Earlier, the Nepal Oil Corporation had made the decision to purchase land in seven provinces to increase its storage capacity for 90 days.

The financial irregularities in Jhapa, Chitwan and Rupandehi were reported as the land purchased by the corporation on the river banks of the rivulets were inundated during monsoon.

However, NOC Director Gopal Bahadur Khadka was dragged into controversy after giving irresponsible answers during a hearing at the Public Accounts Committee under the Legislature-Parliament.

Khadka had reiterated that the land were purchased in reasonable prices and fence would be build to block the flooding in the area.

Meanwhile, the probe initiated by the Committee on Commerce, Industry and Consumer Welfare Relation of the Legislature-Parliament had reported financial irregularities in NOC's Chitwan land purchase deal.

Ever since, NOC has been dragged into controversy and voices have been raised to book the culprits.

#nepal oil corporation #Rastriya Prajatantra Party #Commission for the Investigation of Abuse of Authority #Kamal Thapa
You May Also like: