KATHMANDU: A Sherpa climber from Sankhuwasabha district scaled Mt Dhaulagiri becoming the third Nepali mountaineer to complete all 14 mountains above 8,000 m after a two-member team of rope-fixing Sherpa climbers opened a route to the summit point this afternoon.

According to Tashi Lakpa Sherpa, Managing Director at Seven Summit Treks, Sanu Sherpa from Makalu scaled the 8,167-metre mountain completing all 14 peaks above 8,000 m. With this, he has become the 42nd climber worldwide to achieve this feat. 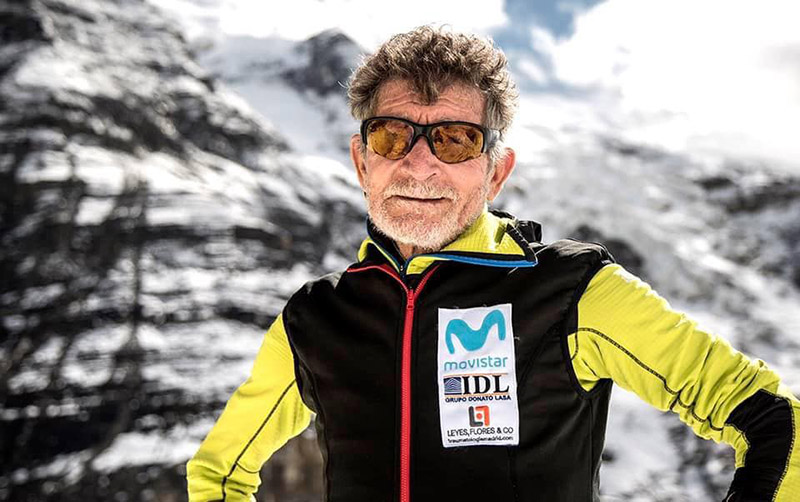 “Lakpa Temba Sherpa and Phurtenzi Sherpa, being part of the rope-fixing team from Seven Summit Treks opened the climbing route,” he quoted expedition director Chhang Dawa Sherpa as saying from the base camp.

Sanu, who completed his 13th eight-thousander by scaling G-I and G-II in August, scaled Mt Dhaulagiri along with Bulgarian climber Skatov Atanas Georgiev, he added.

Being the first Nepali climbers to scale all 14 eight-thousanders, Mingma Sherpa and his brother, Chhang Dawa of Seven Summit Treks, also hold the world record of ‘World’s First Two Brothers’ to successfully summit all 14 mountains above 8,000 m. Mingma is the first South Asian climber to complete all 14 peaks.

Meanwhile, Spanish climber Sergio Mingote Moreno also completed his seventh eight-thousander by successfully standing atop Mt Dhaulagiri in just 444 days. “Sergi, who is on his mission to complete all 14 peaks without using supplemental oxygen in 1000 days, made it to the top of the world’s the world’s sixth highest mountain in the autumn season,” Sherpa said. The renowned alpinist has already climbed K2, Manaslu, Lhotse, Nanga Parbat and Gasherbrum II.

Carlos, who had undergone surgery on his left knee in last October, said that he would be attempting to climb Mt Dhaulagiri with the knee prosthesis. “It’s my tenth attempt on Mt Dhaulagiri,” he said, adding that he found the prosthesis highly compatible while climbing Lenin Peak (7,134 m) in Tajikistan in August.

Carlos, who had done his first eight thousander – Nanga Parbat – at the age of 50, is the only mountaineer to have successfully climbed ten mountains above 8,000 meters after turning 60. “My first priority now is Mt Dhaulagiri and then Shishapangma,” the climber said.

If Carlos makes it to the top of Mt Dhaulagiri this season, he will have to climb Shishapangma to be the oldest man ever to complete all 14 peaks above 8,000 m. Carlos also claimed that he had, however, reached the central summit at 8,008 m of Mt Shishapangma (8,027 m) in 2005.

According to the Department of Tourism, at least 30 members of two expedition teams have obtained climbing permit for Mt Dhaulagiri this season. “Another 15-member team is being led by woman climber Angelika Herczeg from Hungary,” Rameshwar Niraula, an official at DoT said.