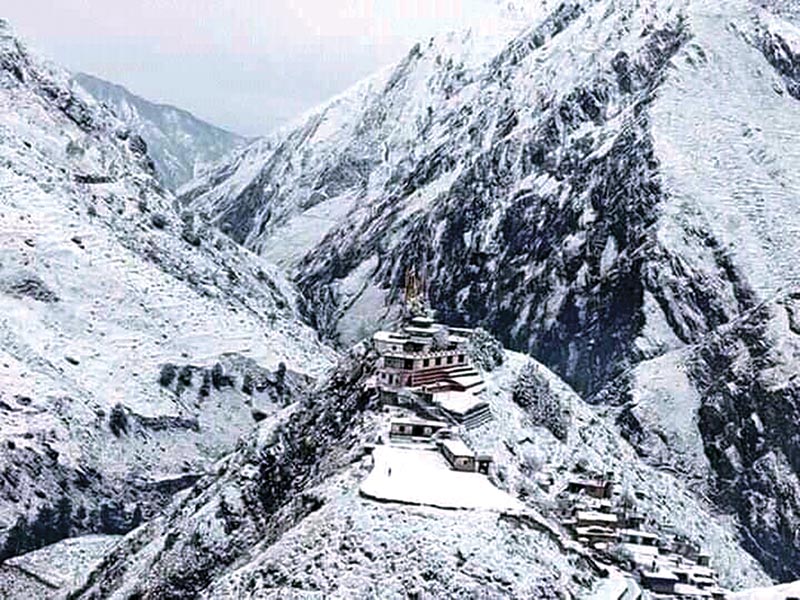 A view of Tripurasundari temple after snowfall, in Dolpa, on Saturday. Photos: THT/ RSS 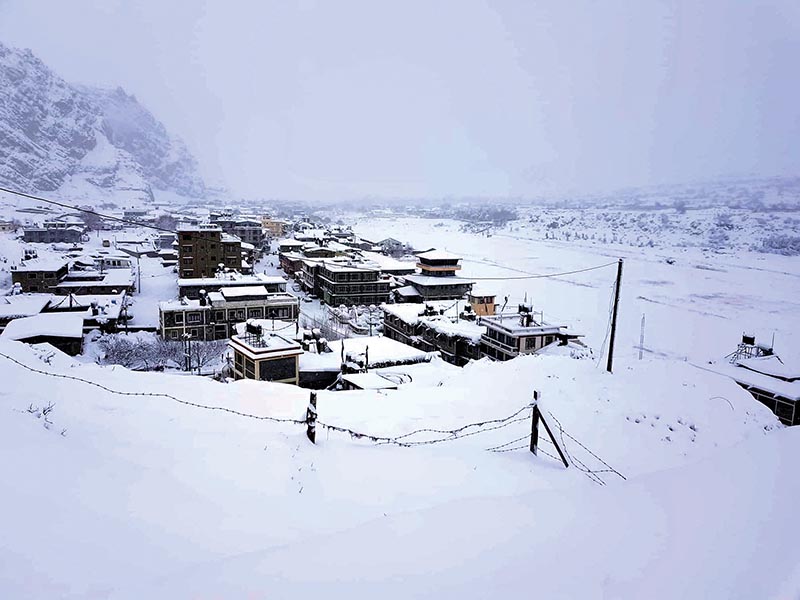 Jomsom bazaar blanketed in snow, in Mustang, on Saturday. 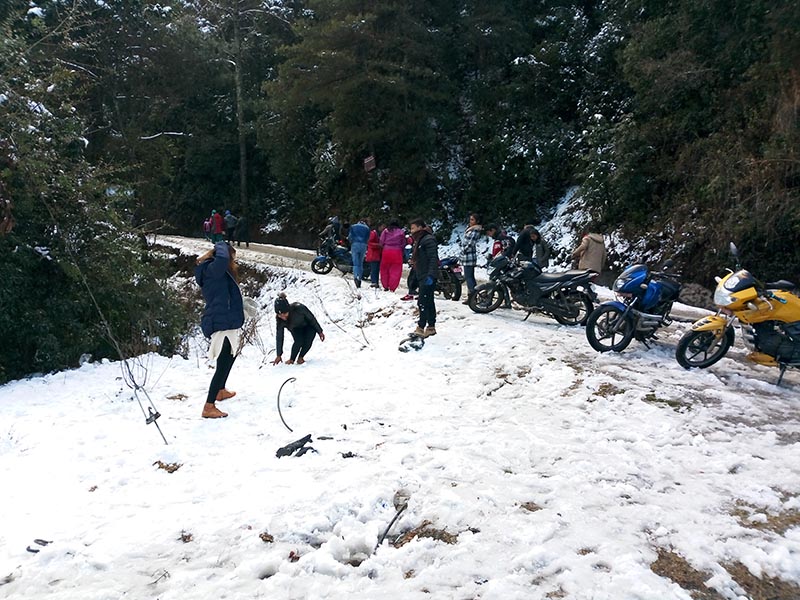 People playing with snow at Daman of Thaha Municipality, on Saturday. 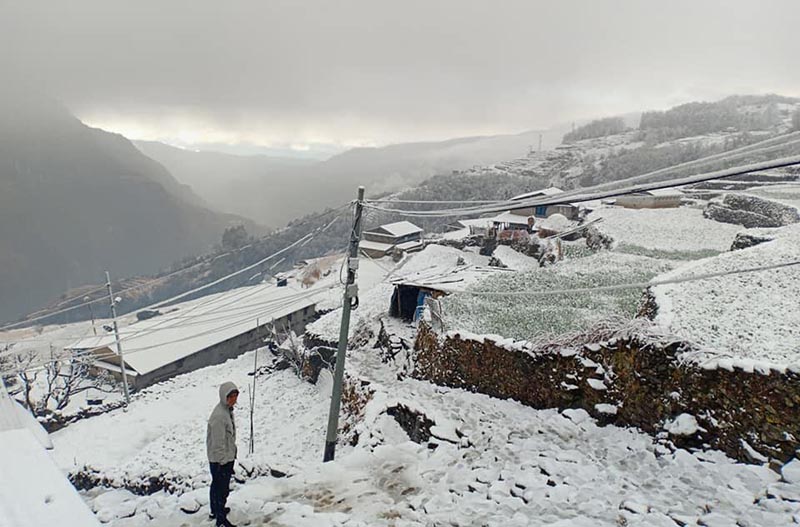 A man looking at snow-covered surroundings in Sikles, Kaski, on Saturday.
Dolpa, February 9 Daily life in Dolpa, Humla, Jumla, Mugu and other districts in Karnali Province has been severely hit due to snowfall for the past few days. This is the fifth spell of snowfall to hit the region since the past month. As a result, life in Karnali has been hit hard. Dolpa headquarters Dunai, Simikot in Humla, Khalanga in Jumla and Gamgadhi bazaar in Mugu have been fully covered in snow with the higher regions covered in three to four feet deep snow. In upper Dolpa, snow as deep as five feet has accumulated, according to Deputy Superintendent of Police Abadesh Bista. Many areas have been cut off from communications network, snowfall continues in the district headquarters Dunai, Jufal, Tripurakot and adjoining areas. Meanwhile, the Sulugadha River that had been blocked by an avalanche has started flowing smoothly since this morning, according to officials at Shey Phoksundo National Park. Many high mountainous regions of the country received more snowfall this year compared to previous years, said Durga Prasad Devkota, a resident of Tripurasundari Municipality-1. “Snowfall continues since last night and villagers are fearing landslides,” he said. Meanwhile, all the four airports in Karnali have been closed as runways are fully covered in snow. The Hilsa airport in Humla, Talcha in Mugur, Khalanga in Jumlaand Jufal airport in Dolpa have been shut due to heavy snowfall. Meanwhile, tourists flocked to the hills and villages surrounding Pokhara today after snowfall. Places like Sikles, Tangting, Bhadaure, Panchase, Dhumpus were blanketed in snow. Tourism entrepreneur LaxmiGurung of Sikles said it was after a long time that Sikles had received snowfall. “We’re happy as it has boosted our business ,” she said. Most of the places in the Annapurna region received snowfall this time. According to the locals, water has frozen in the upper belt of the region. Meanwhile, the snowfall and the attendant cold has hit the lives of the locals in the upper belt hard.
#life affected #snowfall #Karnali
You May Also like: