DHANGADHI: Minister for Internal Affairs and Law of Sudurpaschim Province Government, Prakash Bahadur Shah was airlifted to a hospital in Kathmandu on Friday. 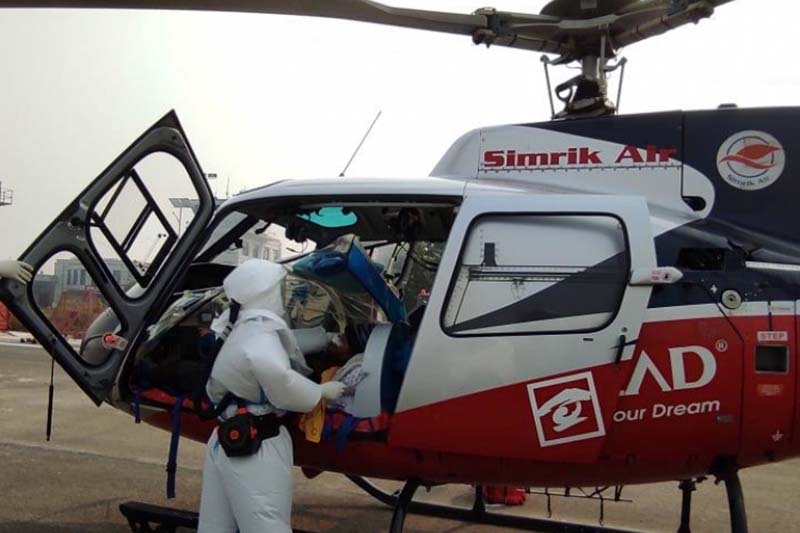 A health worker carrying Minister for Internal Affairs and Law of Sudurpaschim Province Government, Prakash Bahadur Shah into a Simrik Air helicopter, in Dhangadhi Sub-metropolis, of Kailali district, on Friday, November 6, 2020. Photo: Tekendra Deuba/THT
Minister Shah who was diagnosed with COVID-19 on October 31, was airlifted by a Simrik Air helicopter on Friday for further treatment, according to the minister's personal secretary Junga Bahadur BK. Minister Shah was admitted to the temporary hospital for COVID-19 at Seti Provincial Hospital in Dhangadhi on Thursday after his health deteriorated in home isolation. However, he was discharged from the hospital and was placed in isolation in a government building where his health condition worsened. Minister Shah's spouse has also tested positive for novel coronavirus.
#Minister for Internal Affairs and Law #Sudurpaschim
You May Also like: