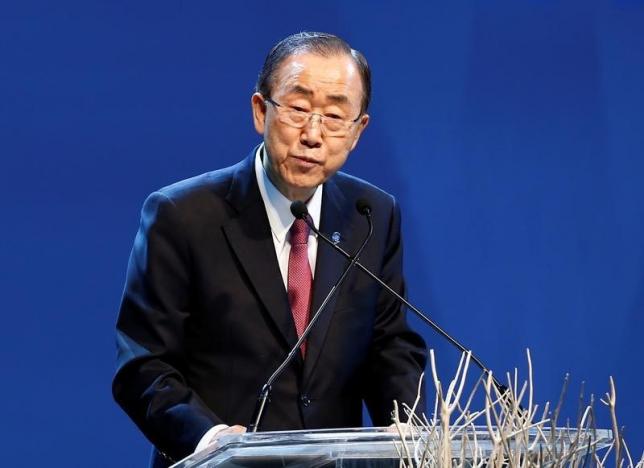 UN Secretary-General Ban Ki-moon speaks during the opening ceremony of the World Humanitarian Summit in Istanbul, Turkey, May 23, 2016. REUTERS

In a press statement issued by his spokesperson, Ban extended his condolences to the families of the victims and to the governments of Afghanistan and Nepal.

Ban also called for those responsible for attacks to be brought to justice, the statement read.

As many as 12 Nepali security guards were killed and seven others injured when a suspected Taliban suicide bomber targeted a minibus they were travelling in, in the Afghan Capital.

The Nepalis were on their way to the Canadian Embassy where they were working as guards.

The ill-fated Nepalis were hired by a British security consultancy firm, Sabre International, for the security of Kabul-based Canadian mission.

Following the gruesome murder, the Government of Nepal on Tuesday had decided to send an aircraft to Afghanistan to bring home the remains of those killed in the attack.