DOLAKHA: A woman lost her life while an infant sustained severe injuries in a bus accident in Bhimeshwor Municipality-8, Dolakha on Wednesday. According to the District Police Office, Dolakha, Gaurishanker Yatayat’s bus (Ba 3 Kha 2997) was en route to Kathmandu from Mirge, Baiteshwor Rural Municipality-3, Dolakha. The bus, which had run out of diesel, was parked on the slopy edge of the road as it lost balance and tripped on one side, killing Kumari Tamang (70) as she tried to escape. 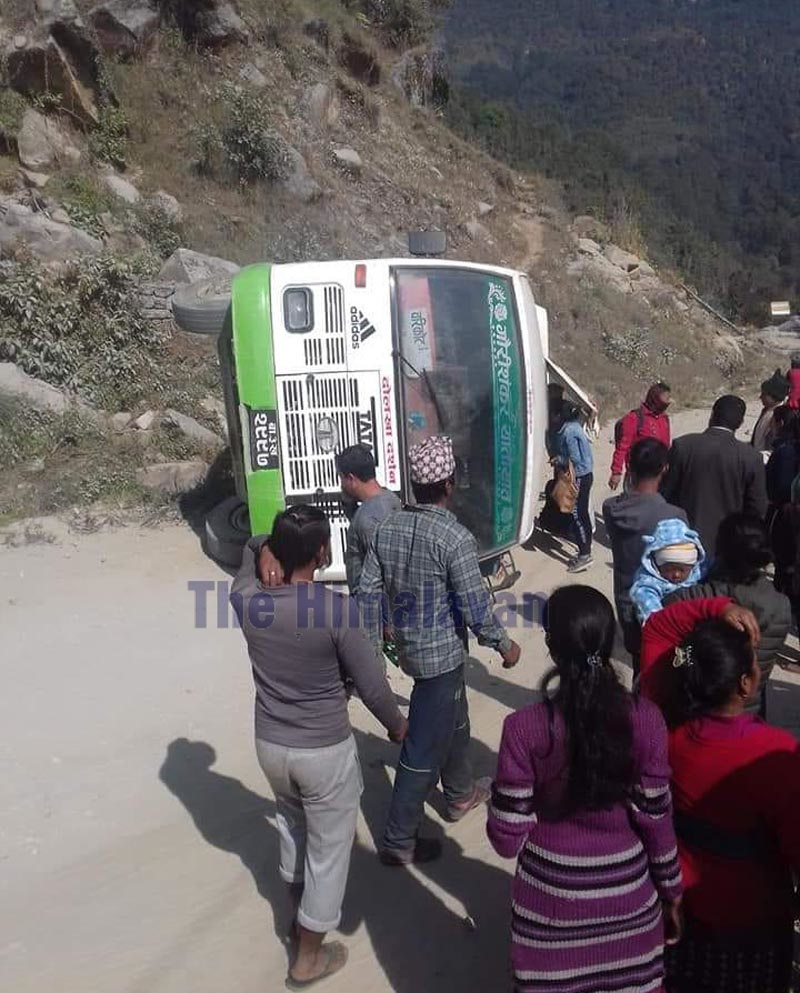 The bus at the incident spot in Bhimeshwor Municipality-8, Dolakha. Photo: Gokarna Bhandari/THT
Two month old infant Chhiring Dundup Tamang, son of Kimira Tamang, of Baiteshwor Rural Municipality-3, was seriously injured, Assistant Sub Inspector of Police Mahesh Acharya said. The driver and the assistant driver have escaped the scene, while the body of the deceased has been taken for postmortem. Further investigation into the case is undergoing.
#bus accident #Dolakha #Bhimeshwor Municipality
You May Also like: