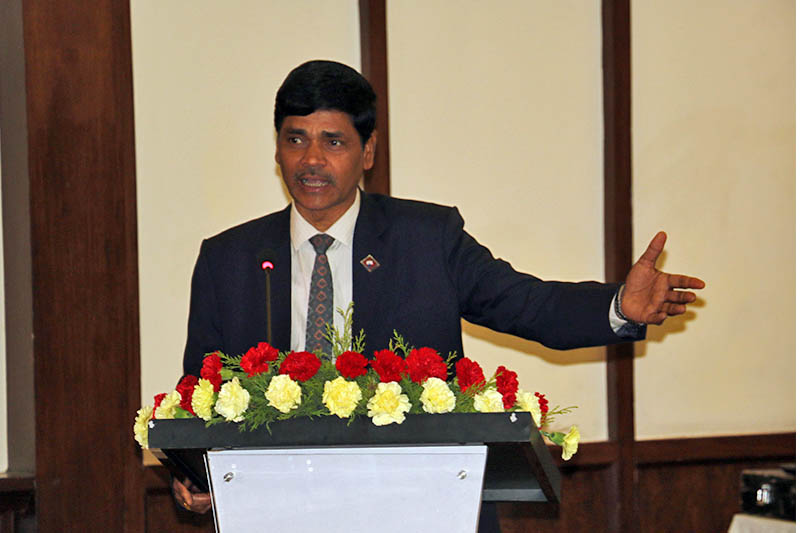 Election Chief Commissioner  Ayodhee Prasad Yadav speaks at a programme in Kathmandu, on Sunday, April 30, 2017. Photo: RSS
KATHMANDU: Chief Election Commissioner Ayodhee Prasad Yadav has urged the government to bring the budget in accordance with the election code of conduct, as RSS reported. Yadav speaking to media in Biratnagar on Tuesday said that the government's decision to add 22 local bodies in the Terai region has added extra responsibilities to the Election Commission. He also added that the voters' list and identity card among others were extra responsibilities to the Commission He further said that EC is committed to sorting out this issue after holding discussions with experts and technicians. Meanwhile, CEC Yadav clarified that the election symbol 'umbrella' could not be provided to the Rastriya Janata Party Nepal in the second phase of local polls.
#budget #local polls #Election Commission #local level elections #Ayodhee Prasad Yadav #Rastriya Janata Party Nepal
You May Also like: