The guided model of development would also mean that the state extends all possible financial, technical, logistical, legal support to markets, projects, even private entities if they are deemed crucial for national development 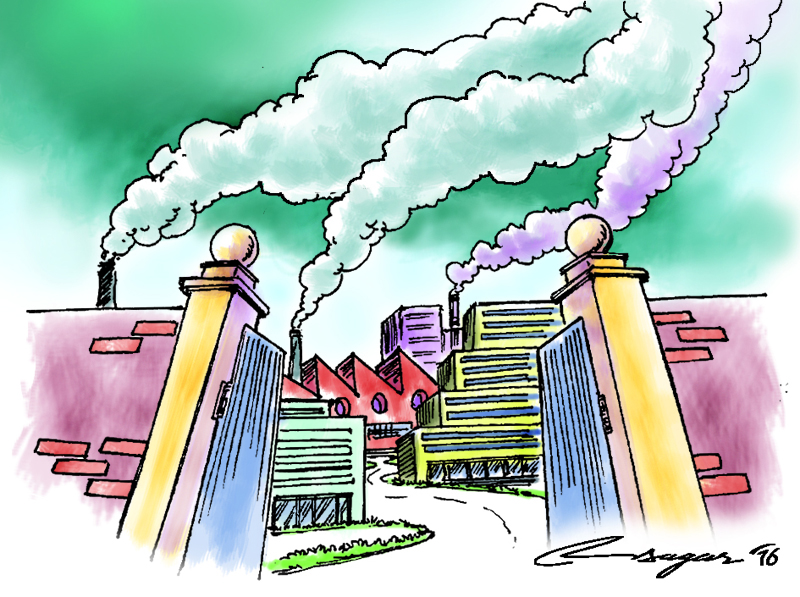 After the first People’s Movement of 1989/ 1990 there was much hope that the restoration of multiparty democratic system in the country would unleash the suppressed entrepreneurial zeal of the masses that would translate into high economic growth and eventually usher in an era of prosperity. But such expectations of the Nepali people have not manifested into reality as is evident from the anaemic two and half decades of economic growth of Nepal. After the collapse of the Soviet Union, the post 1990 global consensus was the acceptance of Anglo-American neoliberalism as the universally viable economic model for all nations. In this western model of development the activities of businesses and private citizens provide the sole impetus for economic activities and wealth creation. The state merely functions as a neutral arbitrator between citizens and private actors who are engaged in economic activity as independent agents with the sole goal of maximizing profit. The state only intervenes through the judicial channels once there are disputes between private parties related to allocation of economic resources or with respect to the enforcement of contracts. Economic activity, it was believed, was best left to the discretion of the private sector with only minimal state involvement. The “invisible hand of the market” would then ensure that the fruits of increased productivity and wealth creation would accrue to all sections of society. The overall merits and credibility of the trickle down laissez faire economics have been put to the test, and most starkly during the 2007/2008 financial crisis. But what is evident is that free market capitalism works best in societies where state institutions are credible, property rights are ensured, contracts are honoured, and where the private sector has a long established history. But when Nepal hopped on the liberalization bandwagon of the 90s, the country did not possess sufficiently strong economic fundamentals needed to enter into the envisioned self-sustaining cycle of economic growth where the role of the state as a distant referee was sufficient. Instead, the neoliberal economic model adopted by all the successive governments of the multiparty era resulted in rampant cronyism, corruption and stripped bare the industrial capacity of the country. The public good was sacrificed at the holy alter of neoliberalism. The liberal economic policy has obliterated the manufacturing sector of our domestic economy, and as a consequence has made us increasingly reliant on imports. Over time, our balance of trade, especially against India, has widened unfavorably. Another adverse effect of the destruction of our industrial sector is reflected in our remittance and consumption trends. Most of the remittance money sent to Nepal by our migrant workers is being squandered for consumption of foreign goods and services with very little left for domestic capital formation. This phenomenon has trapped our economy in the consumption-remittance cycle. A small nation like ours that imports everything from needles and cereals, to energy and automobiles, and without a healthy trade balance, cannot maintain its economic and consequently its political sovereignty over the long run, a fact that was made glaringly obvious in the five-month long economic blockade imposed by India. Therefore, in the context of Nepal, the free market neoliberal path axiomatically adopted in Nepal as the only acceptable model for our economy, without consideration for the national economic competitiveness has failed to deliver prosperity. To this end, the present need is for a state that will use its powers and prerogatives to provide fertile ground for sustained and rapid double-digit economic growth. The orientation of the entire bureaucracy and the state machinery should now be singularly focused on developing and implementing economic policies for the creation of a viable and vibrant industrial sector. The usual role of the state as the provider of vital services like power, communications, infrastructure, healthcare, all of which are essential to sustain economic growth would, of course, remain. The state should provide the role of a benevolent guide that should prioritize development rather than let our weak and rudderless national economy be subject to the irresistible influences of domestic and global market forces. In our case, the state operates with “enlightened guidance” for the benevolent end of economic development. The guided model of development would also entail the state extend all possible financial, technical, logistical, legal support to markets, projects, even private entities if they are deemed crucial for national development. Eventually, the guided model would expire after a sufficient self-sustaining critical mass for the economy to take off on its own would have been achieved, and the necessary infrastructure, legal regimes, capacity of the private sector, legal framework for business, market connectivity, and other economic fundamentals would have been established. Beyond this point, the developmental state becomes more of a hindrance to further economic growth because of constant government intervention, misallocation of resources, bloated bureaucracy and government corruption that inevitably creeps in a top down economic model.
#economic growth #Soviet Union #economic activity #Guided development #hindrance #laissez faire economics #Anglo-American neoliberalism #multiparty democratic system
You May Also like: