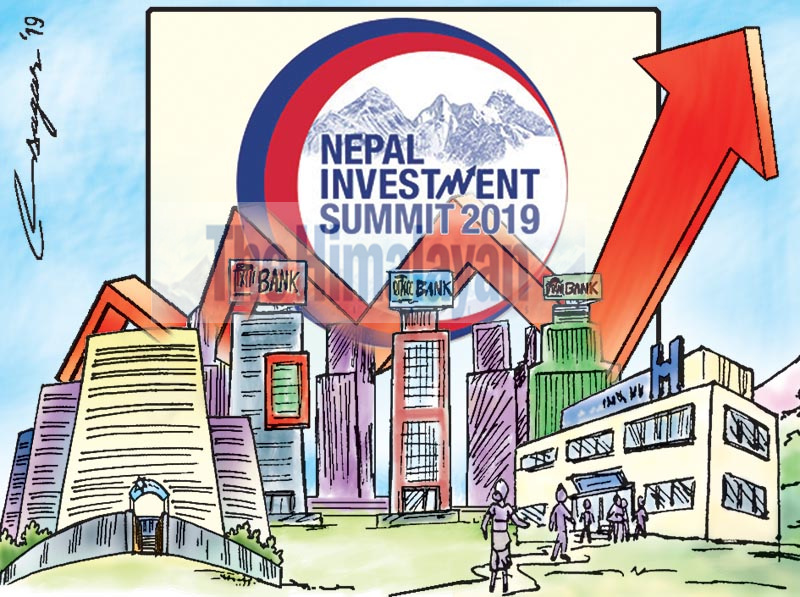 Summits intended as forums to realise the much-hyped government slogan “Prosperous Nepal, Happy Nepali” began in 2017. Despite commitments to the tune of $13.5 billion, the number of political and socio-economic obstacles faced by investors saw few of these opportunities realised.

This year’s Nepal Investment Summit, held on March 29 and 30 in Kathmandu, started slowly with some 600 investors from 40 different countries. Much like the last summit, leaders, including the Prime Minister, gave strong speeches, their ultimate goal being to increase the nation’s economic capital by boosting Foreign Direct Investment (FDI). One can argue that this year’s summit, unlike the previous years, has the opportunity to deliver the expected results as political conditions are much better.

For this, one has to realise that besides political willingness, many other preconditions need to be met. Not least a stable and transparent political environment, a knowledgeable and trained workforce,

efficiency in the bureaucracy and the ability of political leaders to deliver on policies, as well as strong business infrastructure and an investment-friendly legal framework.

There is no disagreeing that we are weak in many of these preconditions. In this context, the fundamental question is, what is our value proposition and added value for those considering investing in Nepal over other FDI-friendly countries?

Nepal has been heavily reliant on foreign aid since joining the Colombo Plan for Cooperative, Economic, and Social Development in Asia and the Pacific in 1952. The Ministry of Finance (MoF) aid information for fiscal years (FY) 2016 and 2017 explains that approximately 29 per cent of the annual budget expenditure was aid-supported (grants 10 per cent and loans 19 per cent). These figures simply do not account for

the substantial unreported investments made by various NGOs and INGOs, and the government figure signals a comparatively lower aid contribution to the national annual budget than those of the previous fiscal years.

According to “Data for Development in Nepal”, a report by The Asia Foundation, the total volume of foreign aid disbursed in FY 2016/17 was US$ 1,581 million. The five largest players, including the World Bank, the Asian Development Bank, USAID, the United Kingdom and UN institutions, accounted for 71 per cent of the total.

Clearly, Nepal has been dependent on aid for a long time, and we have not been able to substitute aid (both grants and loans) by increasing other forms of revenue generation and investment. Now before sorting out clear answers to value proposing and value added question, Nepal’s needs a far greater and sustained ‘self-help’ attitude. This approach is equally important when running businesses or sustaining and attracting investment, irrespective of its domestic or foreign origins.

My own experience of working in the development sector is filled with examples on how dependent we have become. When an established agriculture entrepreneur requested me to lobby for a grant application of US$ 250,000 from a donor-funded agriculture challenge fund, it quickly became apparent that despite a solid business plan he was simply awaiting donor investment. Indeed it was obvious that a substantial part of his investment portfolio was grant-based agriculture projects from various donors.

I was also party to a conversation in which a well-established and renowned commercial bank’s deputy head was justifying to me the channelling of development project grant funds to open up a handful of new branches - funds that were originally meant to be provided to mitigate the risks such banks faced when they provided services to lower income, rural communities. Requested grant support was for branch setup costs, salaries of staff, rent and a range of utilities, including vehicles.

In yet another case, a public school principle was requesting me to allow the school to keep an earthquake-damaged old risky building block to show it to another donor (who was planning to start their school construction project in that area soon) during a handover ceremony of a school building with 14 new classrooms constructed by an INGO. I was quite surprised to see the school waiting for another donor support by demolishing a small classroom block damaged by a quake.

These are just three examples of how Nepal is infected with an aid dependency syndrome. I am sure if we explore different sectors, we would uncover numerous such examples of just how we have killed our self-reliance and an attitude of investing our own resources and efforts for some quick cash injection from the donors.

In such a context, it makes complete sense for the government to organise such investment summits to attract other forms of investment and resources, but this surely needs to be with the clear and calculated goal of providing added value and value propositions for both investors and for the country and not by organising two days of empty verbal commitments and speeches.

Pokhrel works in the development sector