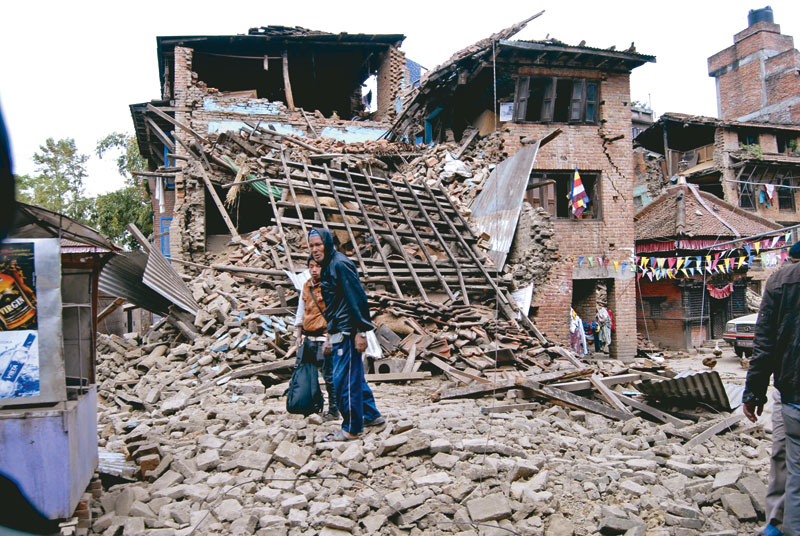 This is with reference to the news story “Report highlights causes of building collapse” (THT, July 25, Page 3). The

report prepared by a team of engineers shows multiple structural flaws as the causes of building collapse in the valley.

Furthermore, its focus on the need of updated building codes and their strict enforcement are still noteworthy. Every country in the aftermath of natural disaster, whether it be Costa Rica’s 1841 earthquake, San Francisco’s 1906 earthquake, Kingston’s 1907 earthquake, Tokyo’s 1923 earthquake and fire, or Managua’s 1972 earthquake or Haiti’s 2010 earthquake, reels under the multiple challenges such as recovery, relief aid, debris management, security, environmental hazards and employment. Among them, reconstruction is a challenge and an opportunity. Nepal, like San Francisco, has many difficulties in changing existing property rights to go for long-term relocation plan. However, it is not difficult if the government adopts strong determination before it really rebuilds. Though the government has already warned that the structures which have violated the building codes would be demolished in the second phase of its programs, there is still no such sign. The data provided by government

agencies show that nearly 90 per cent of structures in the valley and in other major cities do not comply with the Nepal National Building Code.

Centuries old structures and buildings constructed before the legal enforcement of the code have now put the government in a difficult position. One of the frustrating causes is that the municipalities only charge some amount for interior renovations and

vertical or horizontal addition that violate the prior standard passed in blue print, leaving the anomalies without further punitive measures. Not only lack of resources and workmanship but also weak governance, corrupt bureaucracy and negligent

citizens have given rise to such malpractices. Though it is difficult to change everything at once, changes are necessary for our true civilization.

Himani Trust will construct earthquake-proof schools in Gorkha and Dolakha districts, chairperson of the organization Himani Shah said on 23 July. Speaking at a press meet, former crown princess Shah said Himani Trust would construct earthquake-proof school buildings in Gorkha and Dolakha to ensure that children affected by the earthquakes of April and May can continue their education. Well, it is really an act of philanthropy because she is doing it for the well-being of those people who are suffering from the most unpredictable natural disasters. The schools will be constructed in the two districts after

inspection of damage there. Her act should be well received if she does not have any other political interests. Providing

education for all, especially those hit hard by the quake, must be a top priority of the government and I/NGOs.

#Nepal earthquake #Letters #building collapse
You May Also like: