LETTERS: Prosperity can save wildlife 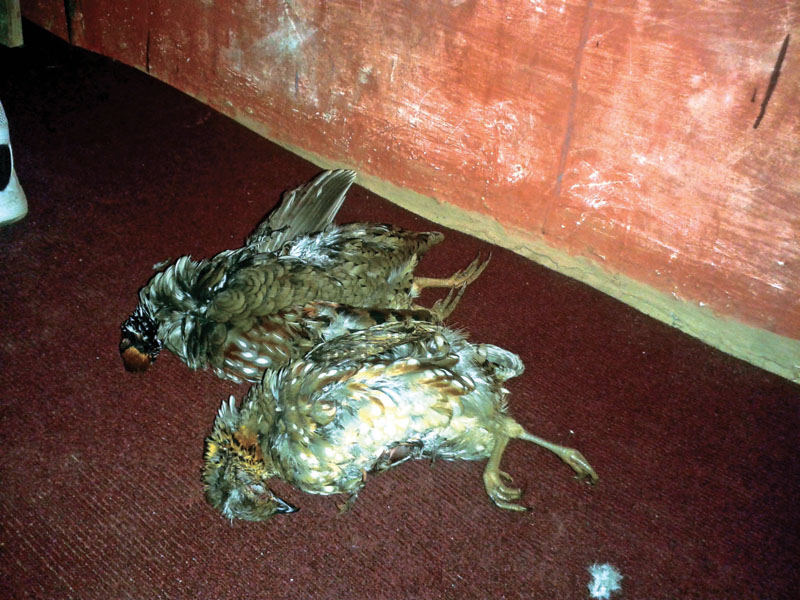 Apropos of the story, “Poaching, smuggling of endangered species rampant in Bajura village” (THT, Jan. 30, Page 6), it is important to mention that this is probably not an isolated incident impacting a particular village or a specific district of the nation; but unfortunately a nationwide phenomenon which goes rather unreported or under-reported. Poverty is a great curse as well as a difficult challenge that push underprivileged communities across the developing and underdeveloped nations of Asia, Africa and Latin America to pursue poaching and other wildlife related crimes.

Furthermore, the porous international borders and highly active wildlife traffickers on either side of the international border help this vicious trade to flourish and sustain over time. The economic under development, socio-political instability, lack of monitoring and surveillance by related agencies, lack of education and awareness, remote locations, inclement weather and abject poverty are the root causes of poaching and dependence on wild meat and other forest and wildlife products for sustenance of the remote rural communities, fringe dwellers, marginal farmers and labourers living adjacent to such forested areas.

Unless economic development of such communities is made a priority by the nation, cosmetic approaches for conservation will not be successful in protecting the eroding biodiversity of the nation. My sincere thanks to THT for continually highlighting such ecologically sensitive news items from across the nation and for making a positive approach in educating the public overseas. Hopefully, some young and enthusiastic wildlife crusaders will be touched by such news and come forward to work actively at the ground level to transform the situation. Wildlife conservation and anthropogenic development go side by side, and without comprehensive anthropogenic development there is very little hope for successfully conserving the vulnerable wildlife.

On 31st January, 2016, Serbian Novak Djokovic once again proved his supremacy by defeating Andy Murray of Great Britain to win his sixth Australian Open title. It means he won the 11th career Grand Slam overall. The current world No.1 marked his brilliance by getting the better of the Briton by a margin of 6-1, 7-5, 7-6 (7/3). He was really in an imperious form in the final of the 2016 Australian Open which was held in Melbourne, one of the largest cities of Australia. Djokovic showed no mercy to any of his opponents, including Murray, though the latter tried to become defiant to the former. Although Djokovic was a red-hot favourite for the final match, he had to work hard for victory because he needed 2 hours and 53 minutes to get hold over the first Grand Slam of the year. Now it’s time for the Nepalese lawn tennis players, both men and women, to work hard like Novak Djokovic when it comes to showing capability and determination for doing well beyond national tournaments.