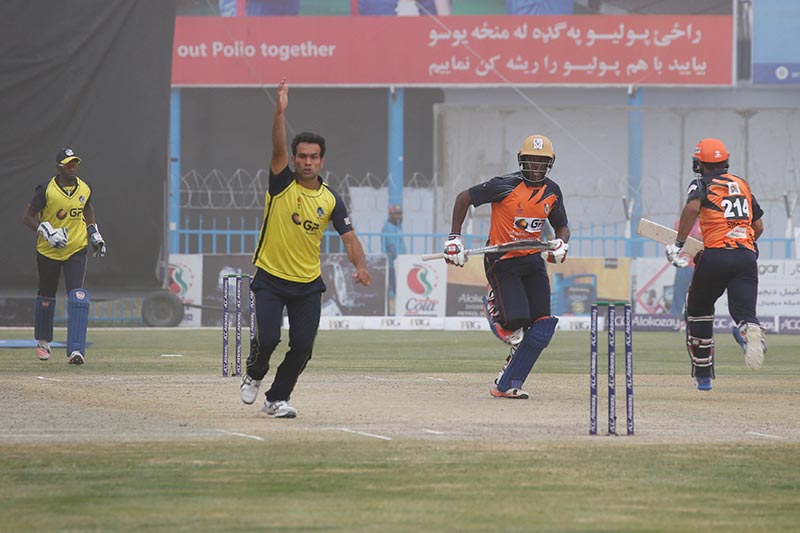 KABUL: A suicide attack outside Kabul's main cricket stadium this week may have underlined the daily security risks facing Afghanistan but the country's premier T20 tournament is carrying on and the enthusiasm of spectators appears undiminished.

Cricket, which spread from refugee camps in Pakistan, has become one of Afghanistan's most popular sports in recent years, feeding off the increasing success of the Afghan national side, who were accorded official test match status this year.

The Shpageeza Cricket League, now in its fifth edition, is one of the few big sporting competitions in Afghanistan, alongside Afghan Premier League football, offering rare public entertainment in a country desperate for a break from endless rounds of violence.

"Over the past few days we've seen thousands of fans waiting for hours to get into the stadium and watch the matches," said Atif Mashal, chairman of the Afghanistan Cricket Board (ACB).

"Cricket has brought joy to people and it has message of peace, unity and love."

On a dusty, windy day at the Kabul International Cricket Ground, signs of this week's attack in which three people died, were visible in the windows of a nearby wedding hall, shattered by the blast at a police checkpoint outside the stadium.

But for a raucous crowd kept entertained by a mix of big hitting and blasts of Pashto pop songs, the chance for a bit of distraction from the violence which has been part of daily life for years, outweighed any fears about security.

"We have a clear message to terrorists," said Noor Aziz, a fan watching the match between the Kabul Eagles and the Spinghar Tigers. "We're not going to give up, however many explosions you put against us."

Organised on the franchise system established by the Indian Premier League and other T20 competitions around the world, the Shpageeza ("Sixer") league has six teams, roughly representing different areas of the country and boosted by more than 20 foreign players from countries including South Africa, Zimbabwe and Sri Lanka.

"We're really happy to see the international players here," said Rashid Khan, a teenaged spin bowler who learned the game playing with a tennis ball in the eastern city of Nangarhar and who has become the poster child for the game in Afghanistan after successful stints in the glitzy Indian Premier League.

"They've got vast experience and it's a great opportunity for our young cricketers to learn."

Following the blast on Wednesday, the South African cricket board has told its players to leave. But players from other countries including Zimbabwe are staying on and South African batsman Cameron Delport, who scored the competition's first century in the match being played when the bomber struck, hopes to return.

"Obviously with the incident which happened (on Wednesday), it was a downer in the changing room," he said. "But the ACB put good measures in place, good security. They caught him (the bomber) before he could do what he did inside the stadium, which was really good and all the players are happy about that. I would definitely come back in the future."

Like other international players, Delport said he was impressed by the standard of Afghan cricket, a sport especially popular among the Pashtun ethnic community, many of whom come from the eastern provinces near the border with Pakistan.

"They're very strong in their own conditions, I was impressed by the ball-striking," said Delport's fellow South African Morne van Wyk.

"They're good timers of the ball, there's good cricket awareness and obviously a lot of skill with the bowling," he said.

"The talent's there, it's just a matter of learning and getting experience."