Anderson gives up on sledging 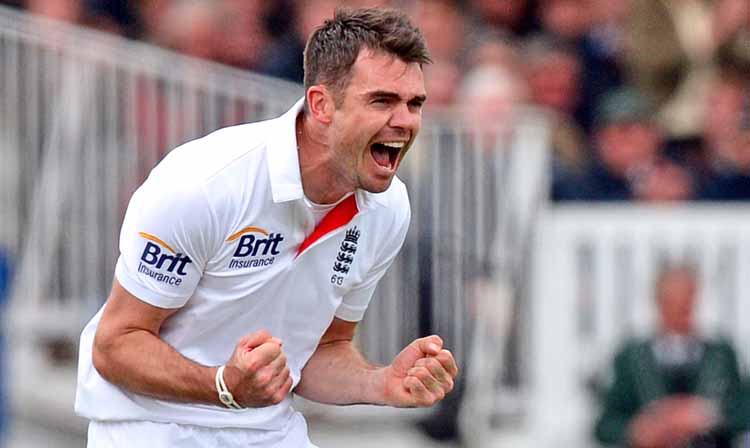 James Anderson
LONDON, July 6 James Anderson has insisted he no longer feels the need to ‘sledge’ opponents as he prepared to lead England’s attack in another Ashes series against Australia. Much of the build-up to Wednesday’s first Test in Cardiff has been about how much ‘sledging’ or verbal abuse of players will take place during the five-match series. Players and fans alike enjoyed the sporting atmosphere in which England’s preceding series against New Zealand took place, with the Kiwis long having given up on ‘sledging’. Lancashire paceman Anderson — who was told to “get ready for a broken fucking arm” by Australia captain Michael Clarke during the last Ashes, which Australia won 5-0 on home soil in 2013/14 — called last month for an end to Ashes ‘sledging’. This was met with ridicule by Australia’s Brad Haddin and Mitchell Johnson, who both pointed out that Anderson had rarely been shy of delivering a few verbals himself. “The pre-Ashes phoney war has been in full swing for a while now — and I’ve already been called a hypocrite,” said Anderson, England’s leading Test wicket-taker, in Monday’s edition of the Sun. “It’s all because I said that verbal confrontations are not something I need as much these days. I’ve come to realise I don’t need to chirp away,” he said. “It was something I used effectively for a few years and it helped my game. But I’m at a stage in my career where I’m not keen to engage opponents in wars of words as much as I did.” Anderson added: “The response from Haddin and Johnson was that I should look in the mirror because I’ve started plenty of confrontations. Well I’m not saying I didn’t. What I am saying is that it’s not something I rely on any more. We (England) are not going to seek out trouble, go looking for fights or start sledging.” Anderson on Monday later told Sky Sports: “He was very much lending his support, encouragement and it was lovely to see him,” he said. “He asked me about the game and preparation, wishing us good luck.” Anderson was left out of England’s dramatic 3-2 ODI series win over New Zealand, and said the break from international duty had done him good. “It’s been nice to have time away from cricket and get my fitness in a good place. It’s been nice meeting with the guys,” he added.
#Australia #ODI series #England #test series #Ashes series #James Anderson
You May Also like: