Arsenal's Welbeck to be out for three weeks with groin injury 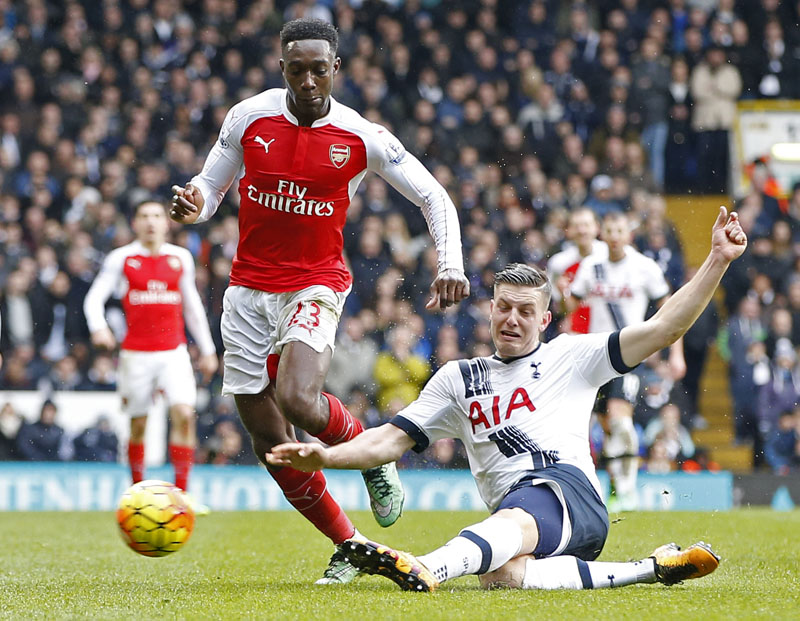 LONDON: Arsenal’s Danny Welbeck is out for at least three weeks with a groin injury and manager Arsene Wenger said on Tuesday that the striker is unlikely to return before next month’s international break.

Welbeck was hurt in Arsenal’s 0-0 draw at Chelsea on Sunday and will miss Wednesday’s League Cup match against third tier side Doncaster, Premier League games with West Bromwich Albion and Brighton & Hove Albion, and a Europa League fixture against Bate Borisov.

“Danny has a scan today, we don’t know how bad his groin injury is but he will certainly be out until the international break,” Wenger told the club’s website.

The 26-year-old, who has scored three times for his club this season, is also unlikely to feature for England in their upcoming World Cup qualifiers against Slovenia on Oct. 5 and Lithuania on Oct. 8, though he could return in time for Arsenal’s trip to Watford on Oct. 14.