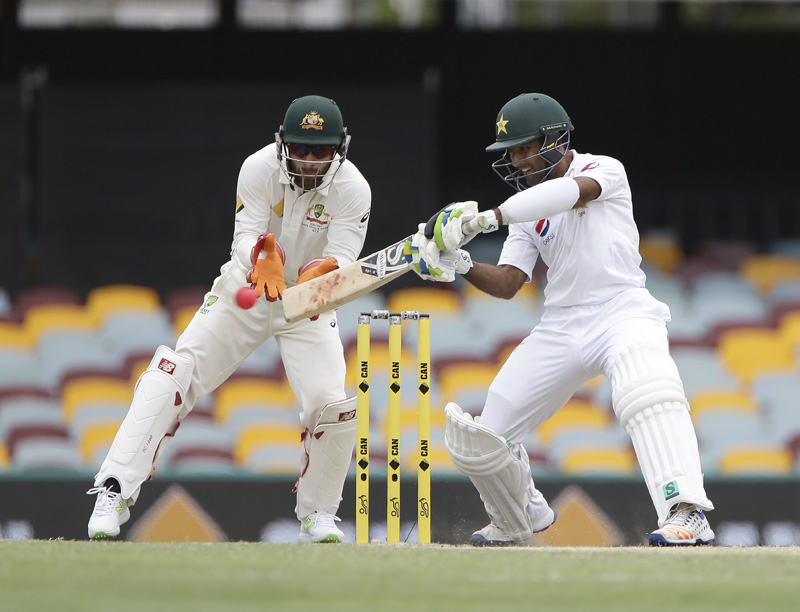 DHAKA: Australia captain Steve Smith has said wicketkeeper Matthew Wade could be axed from the second test against Bangladesh in Chittagong after failing to do enough with the bat.

Australia were upset by 20 runs in the opening test in Dhaka, triggering a storm of criticism from local media and heaping pressure on Wade who has struggled for runs since replacing Peter Nevill during the home series against South Africa.

Smith said it was possible selectors could elect to throw the gloves to batsman Peter Handscomb for the match starting Monday.

"It certainly would be a tough call (on Wade). I think when we are looking at Matty we just need a little bit more from him with the bat in particular," Smith told reporters.

"And he knows this, he knows that he has to do a little bit better with the bat. And he's had those conversations. So it'll just depend which way we want to go on the balance of the team as well.

"(Handscomb) certainly has kept and we've seen him keep before and he's done a good job, so, if we go that way we are confident that he will do a good job," Smith added.

Wade managed nine runs from his two innings in the first test and also had a poor series with the bat against India in February and March.

Queries have also dogged number three batsman Usman Khawaja, who failed twice in Dhaka and Smith declined to guarantee the lefthander a place at Chittagong.

Left-arm spinner Steve O'Keefe was drafted into the squad and could be included as a third spinner along with Nathan Lyon and Ashton Agar if selectors decide to go with only one paceman on a pitch expected to offer turn.

Australia were accused by home media of failing to give Bangladesh proper respect after their defeat, with selectors criticised for picking a 'project' player in Agar.

Smith was also questioned for saying before the series that Agar was picked in favour of the more senior O'Keefe because he was seen as a candidate to take on India in the subcontinent in four years.

"I was open about that," Smith said, defending his comments.

"I don't think at any point we really said that we weren't concentrating on this tour. I don't think that was ever the case."