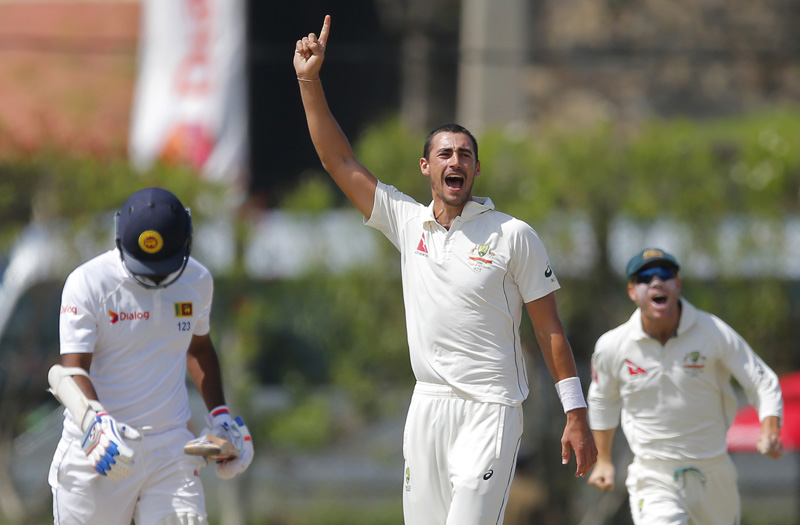 The Sri Lanka captain also unfurled the reverse sweep against Lyon to collect a couple of boundaries.

Left-arm spinner Jon Holland impressed with his flight and loop on his debut test but had to wait for his first wicket until the final session when he trapped Dhananjaya de Silva (37) lbw with a full toss.