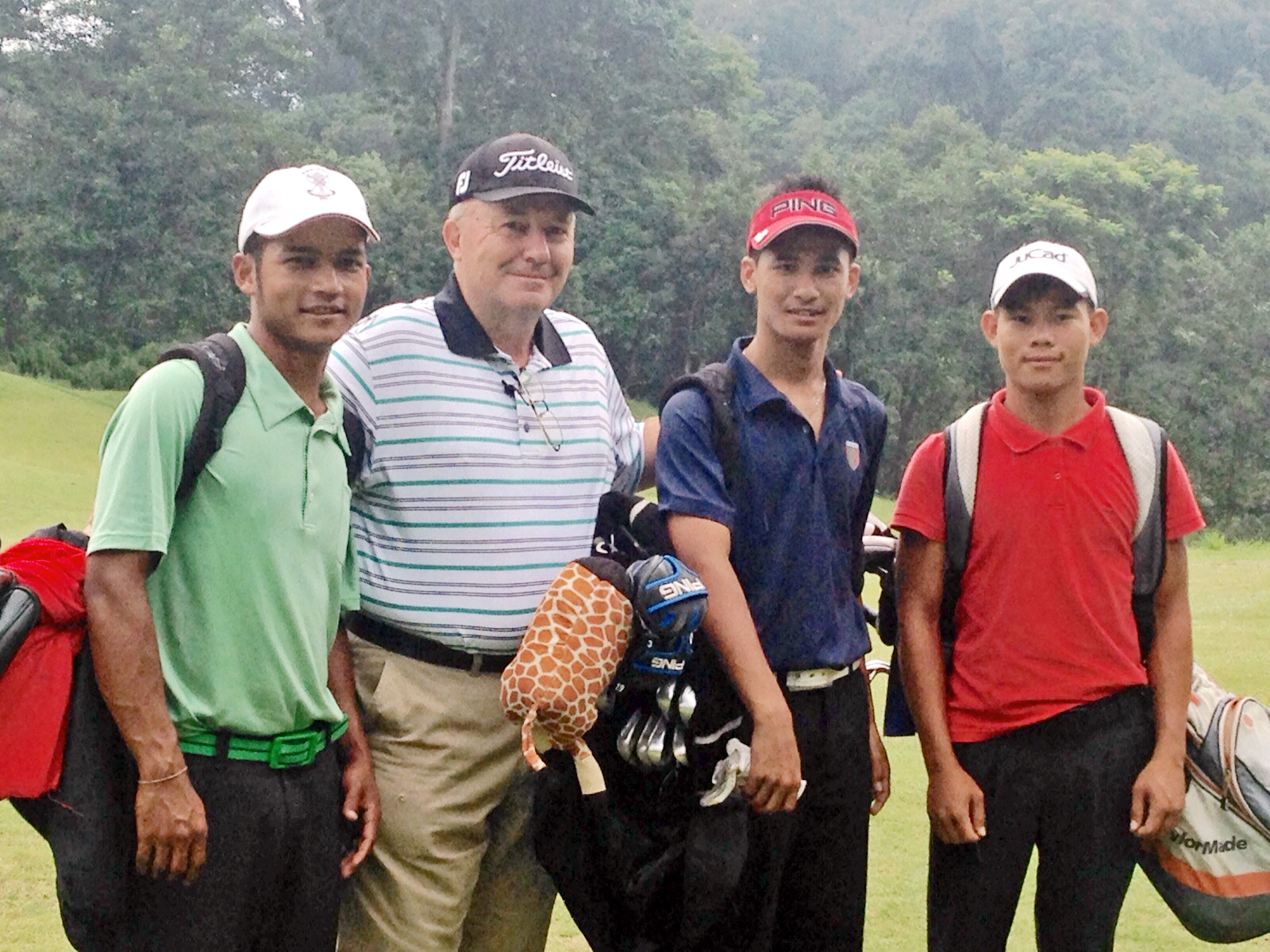 Australian PGA Instructor Kim Baldwin with Nepali golfers during a training camp at the Gokarna Golf Club in Kathmandu.
Kathmandu, September 14 The one-week training camp for the Asia-Pacific Amateur Championship-bound Nepali squad concluded here at the Gokarna Golf Club today. Australian PGA Instructor Kim Baldwin conducted the camp under the auspices of R&A and Gokarna Forest Resort. A total of three players – Nepal No 1 amateur player Arun Tamang, No 2 Tanka Karki and Sukra Rai of Dharan — selected by Nepal Golf Association took part in the training, informed Nepal Golf Association General Secretary Tashi Ghale. Tamang and Karki will leave for Hong Kong to participate in the Asia-Pacific Amateur Championship slated for October 1-4 in Hong Kong. Tamang and Karki will represent Nepal in the event. Baldwin, who came to Nepal for the sixth time since 2006, looked after the three players for a week and he will join the Nepali team as a coach in Hong Kong. The players will leave for Hong Kong on September 28. NGA General Secretary Ghale said the training was supported by R&A and Gokarna Forest Resort. “Along with R&A and Gokarna Forest Resort, Kim Baldwin has helped us a lot for the development of Nepali golf,” said Ghale. “I think these players have become technically strong after the training and are ready for the Asian Championship,” he added. Meanwhile, Australian PGA instructor Baldwin sponsored two ball-boys of Royal Nepal Golf Club — Binod Tamang and Subash Ghising. Baldwin will take care of school fees and golf expenses of the two young talents for the next three years. As a first installment, Baldwin handed over $500 to NGA Treasurer Kishan Agrawal. Baldwin also conducted a three-hour camp for teaching pros at the RNGC before joining the pros for a free camp to the RNGC members on Monday.
#Nepal #Golf #Gokarna Golf Club #Nepal Golf Association #Asia-Pacific Amateur Championship
You May Also like: