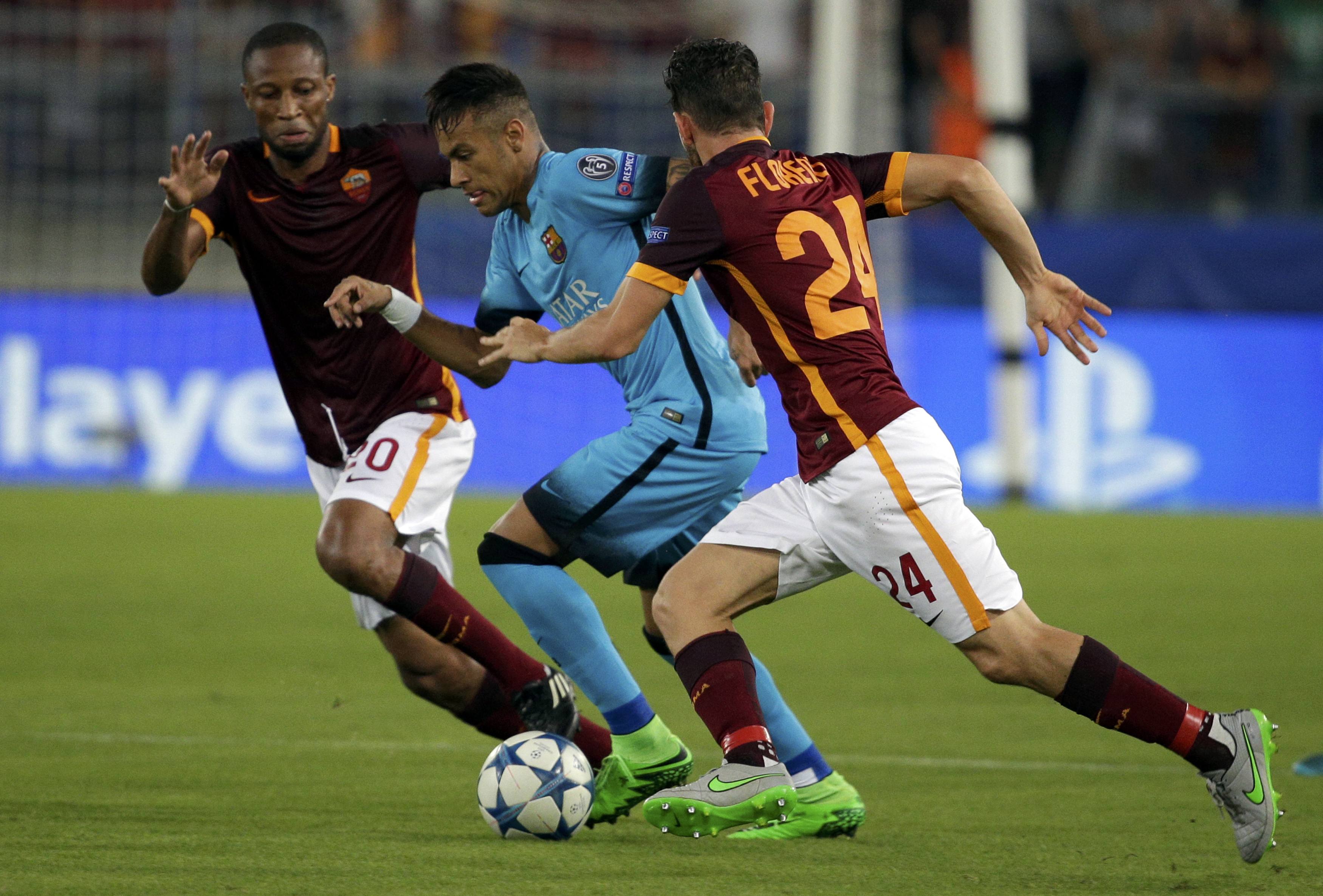 AS Roma's Seydou Keita (Left) and Alessandro Florenzi challenges Barcelona's Neymar during their Champions League Group E stage match at the Olympic stadium in Rome, Italy , September 16, 2015. Photo: Reuters
BARCELONA: Barcelona striker Neymar had talks with Premier League side Manchester United but no offer was made, the player confirmed on Friday. The Brazilian hitman, part of Barca's devastating attacking trio that hit 122 goals last season as the club won the treble, was linked to a move to United who needed a striker and went on to sign Anthony Martial. "There were talks but nothing came of them," Neymar told ESPN Brazil. "There were rumours but I never received an offer." The 23-year-old added his aim is to stay at the Catalan club. "I hope we have a dream season. I want to have consistency with my work along with my colleagues and continue to win titles," he said. Barca aim to bounce back from their 4-1 La Liga defeat by Celta Vigo on Wednesday when they entertain Las Palmas on Saturday. They are in fifth place in the table, level with Atletico Madrid, on 12 points from five games, a point behind Real Madrid, Celta and Villarreal who are in a three-way tie for the top spot.
#Barcelona #Premier League #Neymar #Manchester United
You May Also like: