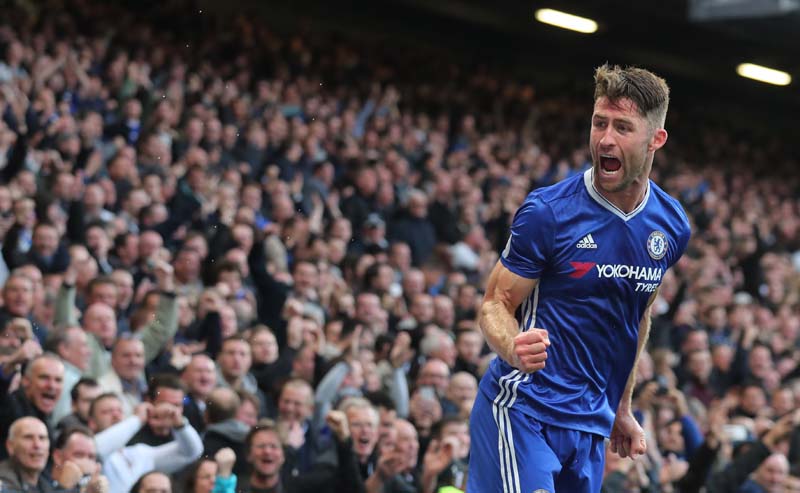 LONDON: Gary Cahill believes the Premier League title is now within Chelsea's reach but warned his team mates against complacency after they were held to a 1-1 draw with Burnley at the weekend.

Despite the stumble at Burnley, Chelsea appear to be running away with the league title having built up an eight-point cushion over the chasing pack after 25 games.

"We can see the light at the end of the tunnel in a way, but (Burnley)'s been a reminder that it's not going to be easy to cross the line."

With Burnley having one of the best home records in the league, Cahill refused to be downbeat over coming away with a single point from Turf Moor on Sunday.

"It was freezing cold, snowing, the pitch was average, it was going to be one of those games," he added.

"It was a tough game when we had to roll our sleeves up and do the dirty stuff as well as trying to play football.

"Maybe it is an important point, we'll have to wait and see. Every game's tough in different ways, so let's hope it's a vital point for us."

Chelsea travel to face second-tier Wolverhampton Wanderers in the fifth round of the FA Cup on Saturday.