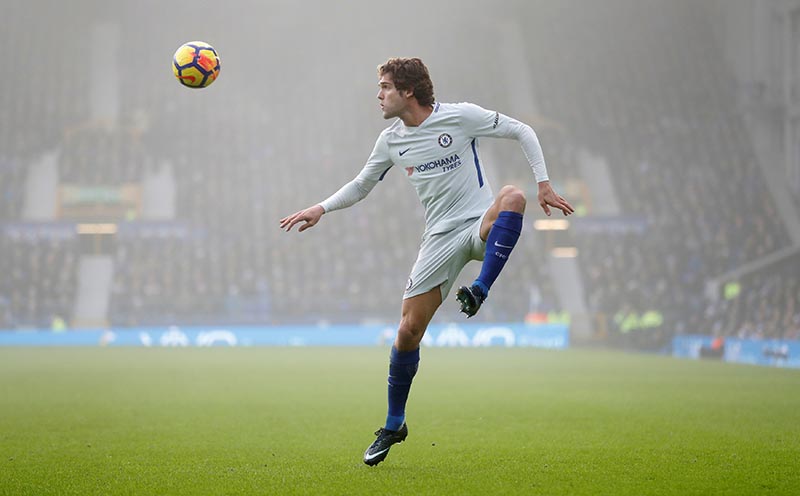 Chelsea's Marcos Alonso in action during the Premier League match between Everton and Chelsea, at Goodison Park, in Liverpool, Britain, on December 23, 2017. Photo: Action Images via Reuters

The 27-year-old was charged for his challenge on Southampton striker Shane Long during Chelsea's 3-2 Premier League win at St Mary's Stadium last weekend.

"Alonso denied the charge and further submitted that if found proven the suspension would be excessive, however, this was rejected following Wednesday's hearing," the FA said in a statement.

Spaniard Alonso, who was named in the PFA's Team of the Year earlier this week, will miss Chelsea's league trip to Burnley later on Thursday, the FA Cup semi-final, and a league match against Swansea City later this month.