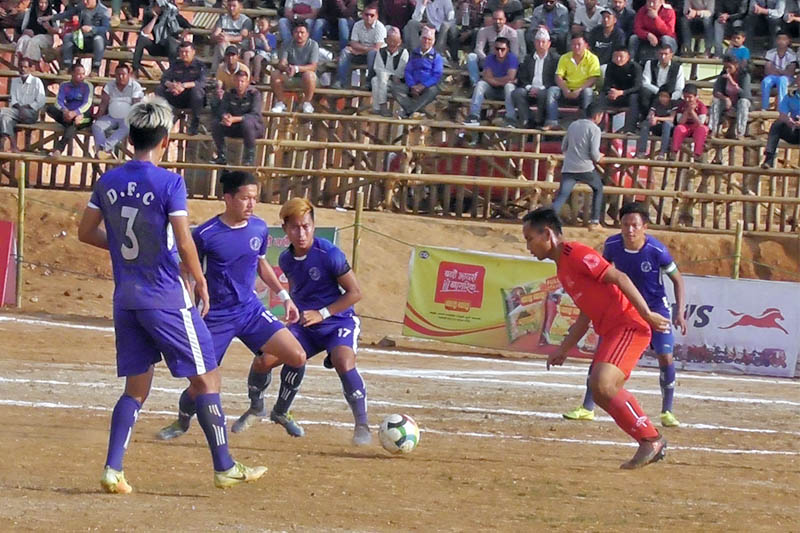 Players in action during Panchthar Gold Cup in Phidim on Friday, April 12, 2019. Photo: Laxmi Gautam/THT
PHIDIM: DFC Morang beat Bijaya Youth Club 5-3 in tie-breaker and advanced to the final of the third edition of Panchthar Gold Cup on Friday. The game was decided in a tie-breaker, after both the teams finished 1-1 in the regulation time. DFC Morang goalie made a vital save of Saroj Dahal's kick before Rajesh Subba skied the ball in the stand. In the second semi-finals, Himalayan Sherpa Club will take on visiting United Football Club of Darjeeling tomorrow, according to the organisers. A total of ten teams including ‘A’ division clubs are participating in the tournament. The winner will walk away with a cash purse of Rs 0.4 million and runner-up will get Rs 0.2 million along with the trophy, certificates and medals, said the organisers. READ ALSO:
#Bijaya Youth Club #DFC Morang #Panchthar Gold Cup
You May Also like: