English footballer Rooney arrested in Dec in US for public intoxication 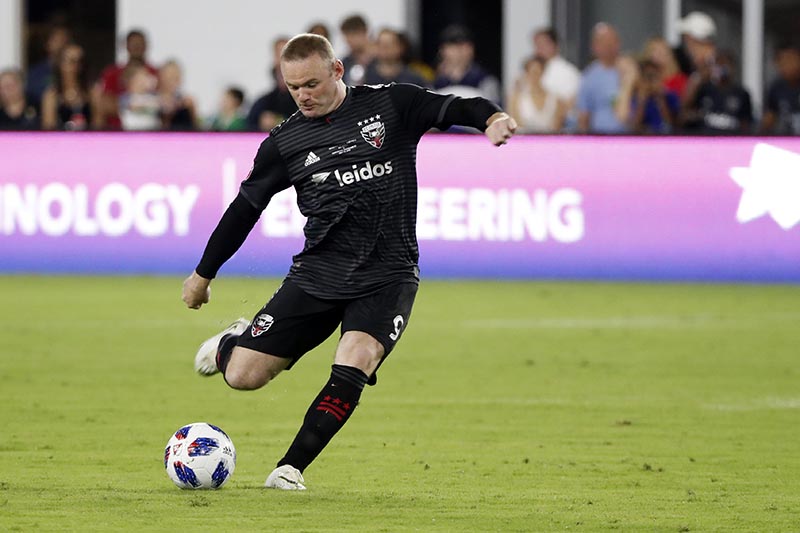 Rooney, who has played for US soccer team DC United since last year, was booked into the Loudoun County Adult Detention Center on Dec. 16, on a charge of public intoxication stemming from an arrest by the Metropolitan Washington Airports Authority Police, the local sheriff's office said.

The 33-year-old footballer was arrested at an international arrivals gate at Dulles after he triggered a door alarm but did not breach airport security, a Metropolitan Washington Airports Authority spokesman said in a statement.

He received a $25 fine, according to court documents.

Rooney was released later the same day on a personal recognizance bond, said Kraig Troxell, a spokesman for the Loudoun County Sheriff's Office.

It was not immediately clear why authorities had delayed releasing details of Rooney's arrest for more than two weeks.

Rooney's agent did not immediately respond to requests for comment. A spokesman for the player was quoted by British media as saying he was "disorientated" after mixing sleeping pills with alcohol during a flight from Saudi Arabia.

DC United said it was aware of the reports of Rooney's arrest.

"We understand the media's interest in this matter but believe this is a private matter for Wayne that D.C. United will handle internally," the club said in a statement obtained by the Washington Post.

DC United did not immediately respond to a request for comment.

Rooney, England's former captain and all-time top scorer, joined the Major League Soccer club in mid-2018 in a deal that was reportedly worth more than $12 million and made him the highest paid player in DC United's history.

Liverpool-born Rooney was the latest addition to an elite list of former England captains to cross the Atlantic, following David Beckham and Steven Gerrard.

Rooney burst into the consciousness of English soccer when he made his Premier League debut for Everton at age 16.

He joined Manchester United for $35 million in 2004 and stayed there for 13 seasons - winning five English titles, one Champions League, one FA Cup, three League Cups and becoming the club's all-time leading scorer with 253 goals.

He earned 119 caps for England - a national record for an outfield player - and in 2015 he surpassed Manchester United great Bobby Charlton's England goalscoring record, ending his international career with 53 goals for his country.