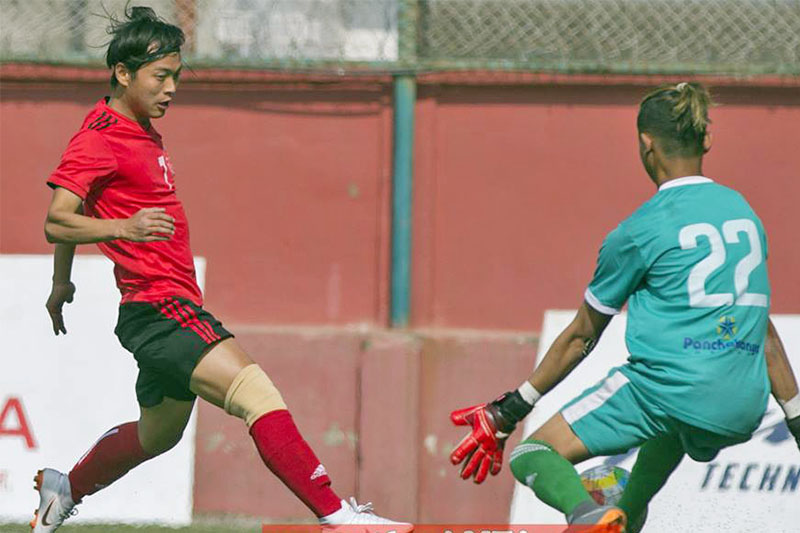 NIBL Friends Club tasted a first win of the campaign by thrashing Machhindra Club 3-0 and Tribhuvan Army Club edged Himalayan Sherpa Club 2-1 to occupy the second spot on 13 points from five matches behind Manang Marsyangdi Club in the 14-team table.

FC's foreign recruit Fofana Brahiman broke the deadlock in the 66th minute before Sanjog Maharjan scored in the 84th minute of the game. Anil Maharjan scored his first and team's third goal in the stoppage time to secure all three points at the ANFA Complex ground in Satdobato.

Skipper Asim Bhusal was adjudged man of the match and bagged a cash purse of Rs 10,000.

In another game, TAC's skipper Bharat Khawas scored twice in each half to give his team a deserved 2-1 victory over the Himalayan Sherpa Club at the ANFA Complex ground.

He scored a header in the 35th minute and a simple tap-in the 85th minute.

A minute later, Ulrich Siewe reduced the arrears with a deflected effort from 18-yard out. HSC did everything they could in their power to level the score in the last five minutes, however, TAC held firm to clinch all-important three points. Khawas won the man of the match award.