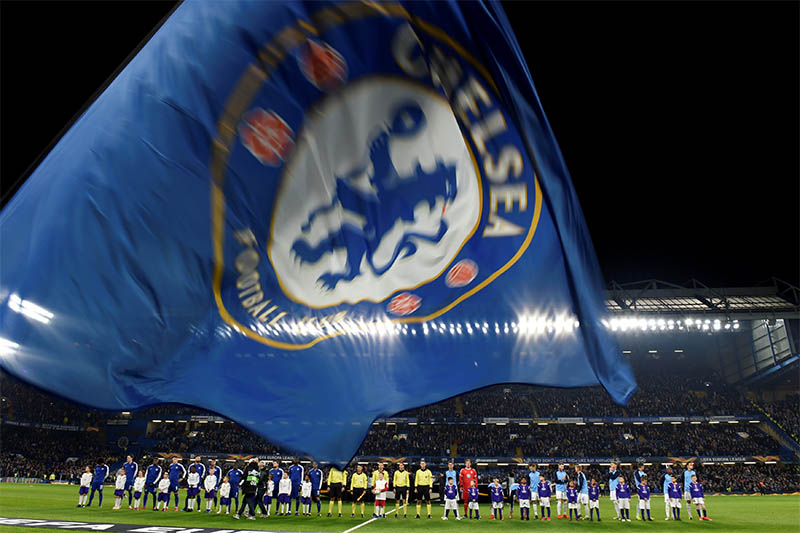 File: General view before the match. Photo: Reuters
LONDON: FIFA have banned Chelsea from the next two transfer windows after the Premier League club was found guilty of breaching rules regarding overseas players under the age of 18, soccer's world governing body said on Friday. In a statement, FIFA said Chelsea had also been fined 600,000 Swiss Francs ($599,460) and had been given 90 days to "regularise the situation". After a lengthy investigation into how Chelsea register players at academy level, they were found to have breached article 19 of the regulations in the case of 29 minor players. FIFA added the London club had also breached article 18bis in connection with two agreements it concluded concerning minors and which allowed it to influence other clubs in transfer-related matters. The ban does not apply to Chelsea's women's team. England's Football Association was also fined 510,000 Swiss francs and given six months to address the situation concerning the international transfer and first registration of minors. Both decisions can be contested before FIFA's Appeal Committee with the possibility of the matters ending up in the Court of Arbitration for Sport (CAS). The news is a serious blow to Chelsea who are struggling to finish in the Premier League's top four, having slipped to sixth place. They have lost five of their last 10 games in all competitions and manager Maurizio Sarri, who took over in July, is already under pressure. Whether he survives or not Chelsea would need squad-strengthening in the summer, especially with Eden Hazard keen on a potential move to Spanish giants Real Madrid, according to British media reports. Chelsea were yet to comment on the transfer ban.
#FIFA #English Premier League #Chelsea FC
You May Also like: