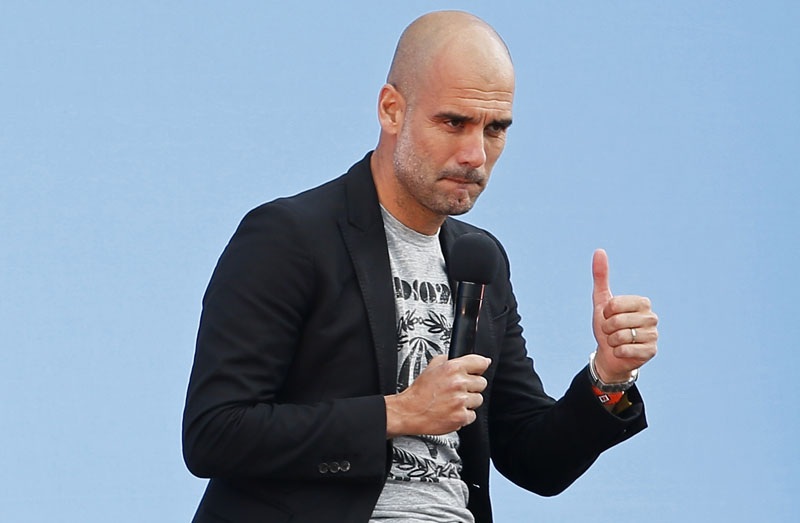 LONDON: Pep Guardiola is excited about the prospect of returning to his former club Barcelona, though he acknowledges that Manchester City have their work cut out to advance from a testing Champions League group.

City have been drawn in Group C alongside Barca, Borussia Moenchengladbach and Celtic, with Guardiola set to return to the club where he began his career and managed with distinction for four seasons.

"I can't deny it's something special for me to return to Barcelona," he told reporters on Friday. "I grew up there, to play there at 13 to become a footballer.

"Most of my life I spent there, I know the people, the club, the media, most of the players, the emotion is there."

Guardiola has come up against Barca before, and will be hoping that his City side enjoy better fortunes than Bayern Munich, who lost 5-3 on aggregate in the 2014-15 semi-finals.

City also have to negotiate Scottish champions Celtic and Gladbach, who finished fourth in the Bundesliga last season.

"We'll have to make our best performance to go through to the next stage. I know Barcelona quite well and Borussia Moenchengladbach.

Guardiola has enjoyed a 100 percent record at City, seeing off Steaua Bucharest 6-0 on aggregate in the Champions League playoff and dispatching Sunderland and Stoke City in the Premier League.

He will not be handing a debut to new goalkeeper Claudio Bravo for the visit of West Ham United on Sunday, while Kelechi Iheanacho should be in contention after an injury scare against Steaua.

"Kelechi was almost nothing so it was a scare but he's fine," Guardiola said. "Everybody’s fit and ready, we trained with 30 players today."