Hoeness to stand for Bayern presidency 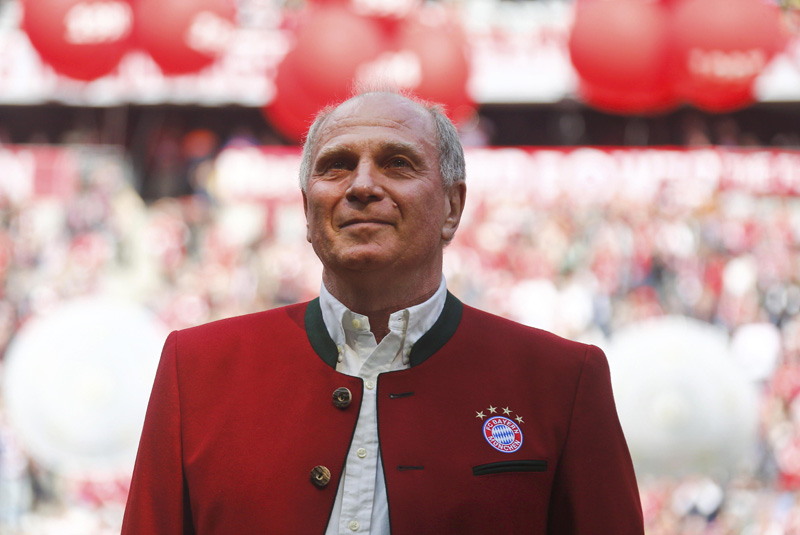 Bayern Munich's Ulli Hoeness. Photo: Reuters
MUNICH: Uli Hoeness is poised to return as Bayern Munich president after the German champions said he had decided to stand for election following his release from prison in February after serving a sentence for tax evasion. The 64-year-old Hoeness, who lifted the World Cup with West Germany in 1974, won three German titles and a hat-trick of European Cups with Bayern during his playing career before becoming the Bundesliga giants' general director. Hoeness was credited with building Bayern into a global brand and was appointed club president in 2009 until being convicted of tax evasion in March 2014. He served half of a three-and-a-half year jail term. "Uli Hoeness is to stand as a candidate for the post of FC Bayern Munich president," read a statement on the club website (www.fcbayern.de) on Monday. Elections to find a successor for incumbent president Karl Hopfner will be held at Bayern's next general meeting in November. "Karl Hopfner will no longer stand for election as president or for the committee," the statement continued. "This has been mutually agreed by Karl Hopfner and Uli Hoeness in very amicable talks."
#Bayern Munich #Uli Hoeness
You May Also like: