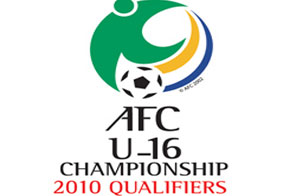 KATHMANDU: Iran and Tajikistan qualified for the AFC Under-16 Championship finals after winning their respective Group B Qualifying matches here at the Dasharath Stadium today.

Iran defeated Bahrain 2-0 in the first match of the day while Tajikistan crushed hapless Nepal 4-0. Both the teams collected an equal 10 points from four matches and scored nine goals each but Iran were adjudged the group winners following the numbers of yellow card they received. Iran were shown six yellow cards while Tajikistan got seven. Tajikistan were assured of the qualification even after their match against the hosts kicked off thanks to Iran vs Bahrain result. Bahrain had six points before facing Iran.

Tajikistan completely dominated the weak home team who finished at the bottom of the table without a point. Nepal failed to even produce a single goal during the whole qualifying campaign. Sultonov Tolibjon, Muhtozoda Ibrohimi, Rajabalizoda Komron and Rasulov Dilshod scored for the Tajikistan. Tajikistan would have qualified as the group winners had Ibrohimi scored the spot kick -- earned after Manoj Bista had brought down Ibrohimi inside the area -- in the dying moments of the match.

Nepali coach Dambar Gurung conceded that it was the most disgraceful moment of his career. "I found my players indisciplined who were not serious with their game. I think I failed this time," said the coach. Tajikistan coach Babaev Zoir said Nepal were technically good but they were physically weak. He also suggested improving on the physical fitness of the Nepali players.

Earlier, Iran produced a brilliant show to shut Bahrain's door to qualification. Iran squandered several opportunities before finally taking the lead in the 44th minute. Mohammed Rabeea handled the ball inside the area prompting Kuwaiti referee Ali Shaban to award point to towards the spot. Irani skipper Fathian Ali made no mistake in converting it.

Aeinichi Amir Abbas sealed the match in the 58th minute scoring his fifth goal of their campaign. Abbas completed the only hat trick of the qualifiers against Lebanon and scored a goal against Nepal.

Iran coach Mohammadi Akbar said he was satisfied with his team's performance. "It was our best performance in the tournament and we are setting our eyes to defend the championship," said Akbar.