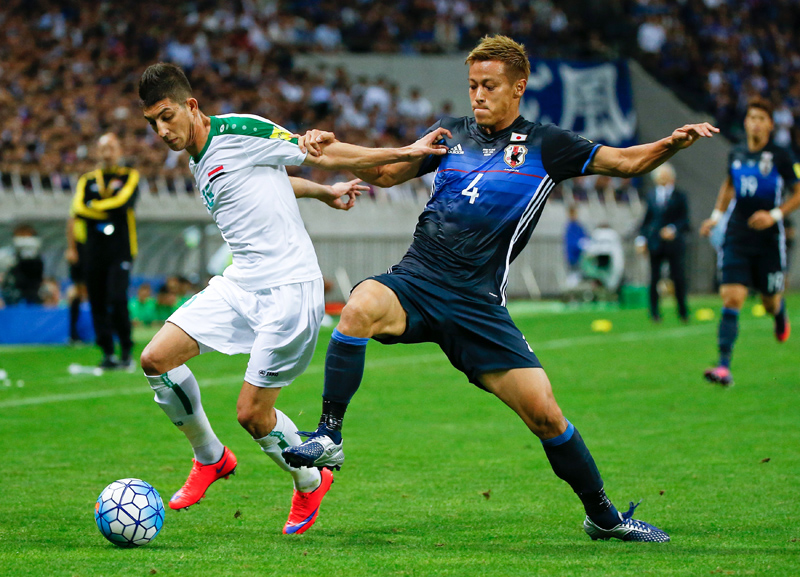 TOKYO: Japan's Hotaru Yamaguchi scored five minutes into stoppage time at Saitama Stadium to give his side a 2-1 win over Iraq in 2018 World Cup qualifying on Thursday.

Japan made a disappointing start to the final stage of Asian qualifying with a 2-1 home loss to the United Arab Emirates last month but victories over Thailand and the Iraqis have lifted them into second spot in Group B.

Four-times Asian champions Japan took the lead in the 26th minute through Genki Haraguchi, who capped off a flowing Japanese counterattack with a sublime back-heel finish through his own legs from Hiroshi Kiyotake's near-post cross.

Iraq were causing Japan all sorts of problems from set pieces and got back on level terms when Saad Luaibi rose highest to nod home Ahmed Yaseen's free kick with an hour gone.

Japan piled forward in the closing stages in search of the winner and were rewarded when Yamaguchi hammered home a loose ball deep into stoppage time.

The top two sides in Group A and B qualify for the World Cup in Russia while the third-placed teams meet to decide who goes into a CONCACAF-Asian Zone playoff for a place at the finals.