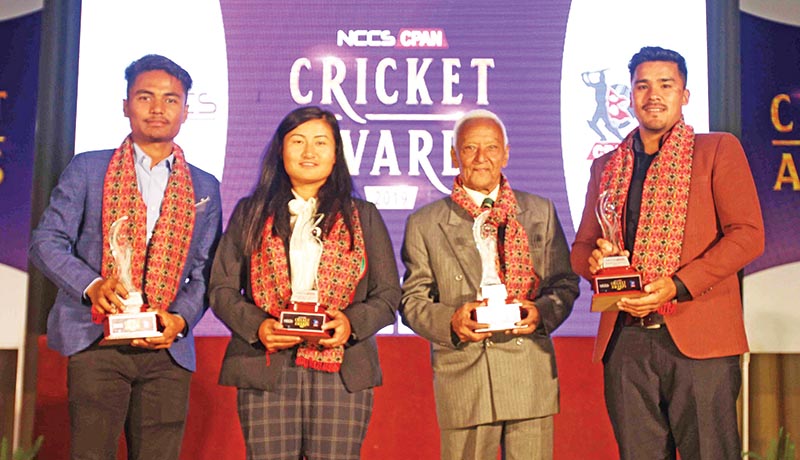 Rohit Paudel, Sita Rana Magar, Komal Bahadur Pandey and Karan KC pose after winning the NCCS CPAN Cricket Awards. Photo: Udipt Singh Chhetry/THT
Kathmandu, March 5 Star legspinner Sandeep Lamichhane was named the Cricketer of the Year at the NCCS-CPAN Cricketer Awards here today. Lamichhane, who made international headlines after being picked up in the Indian Premier League and other tournaments across the globe, was declared as the winner ahead of national team skipper Paras Khadka, Sompal Kami, Dipendra Singh Airee and Karan KC. In the absence of Lamichhane, his national team captain Khadka took the prize on his behalf and thanked the organisers and sponsors for the honour. In the period of one year taken into consideration for the nomination, Lamichhane had taken 84 wickets from 32 matches for the national team.