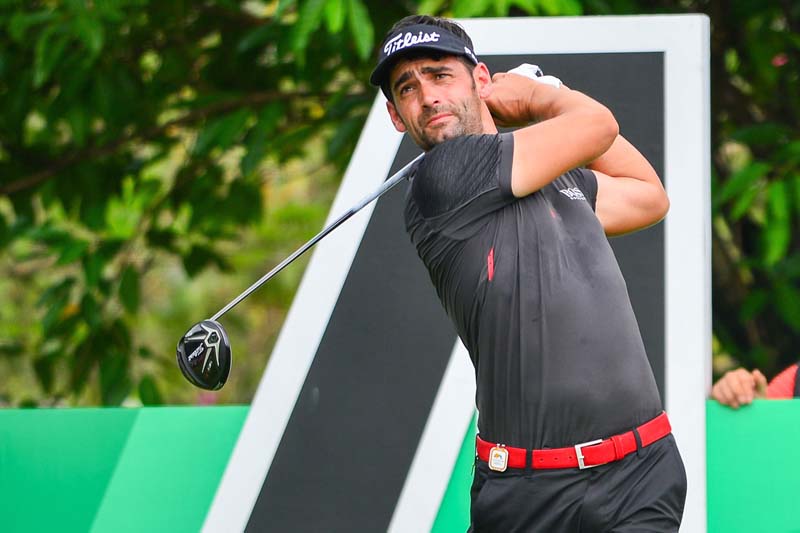 Lee Slattery of England tees off during the final round of the Shenzhen International at Genzon Golf Club in Shenzhen, south China's Guangdong province, on April 24, 2016. Photo: AFP
SHENZHEN: Lee Slattery of Britain held a one-stroke lead on Sunday when the final round of the Shenzhen International was postponed due to thunderstorms. Slattery had turned in a 34 and was on the 10th fairway when Sunday’s round was suspended. Overnight leader Lee Soo-min, Alexander Levy and Callum Shinkwin were on the ninth fairway in the final group behind Slattery. The players are set to return at 6:30 am on Monday to determine the winner of the tournament in Guangdong.
#britain #thunderstorms #Lee Slattery #Shenzhen International
You May Also like: