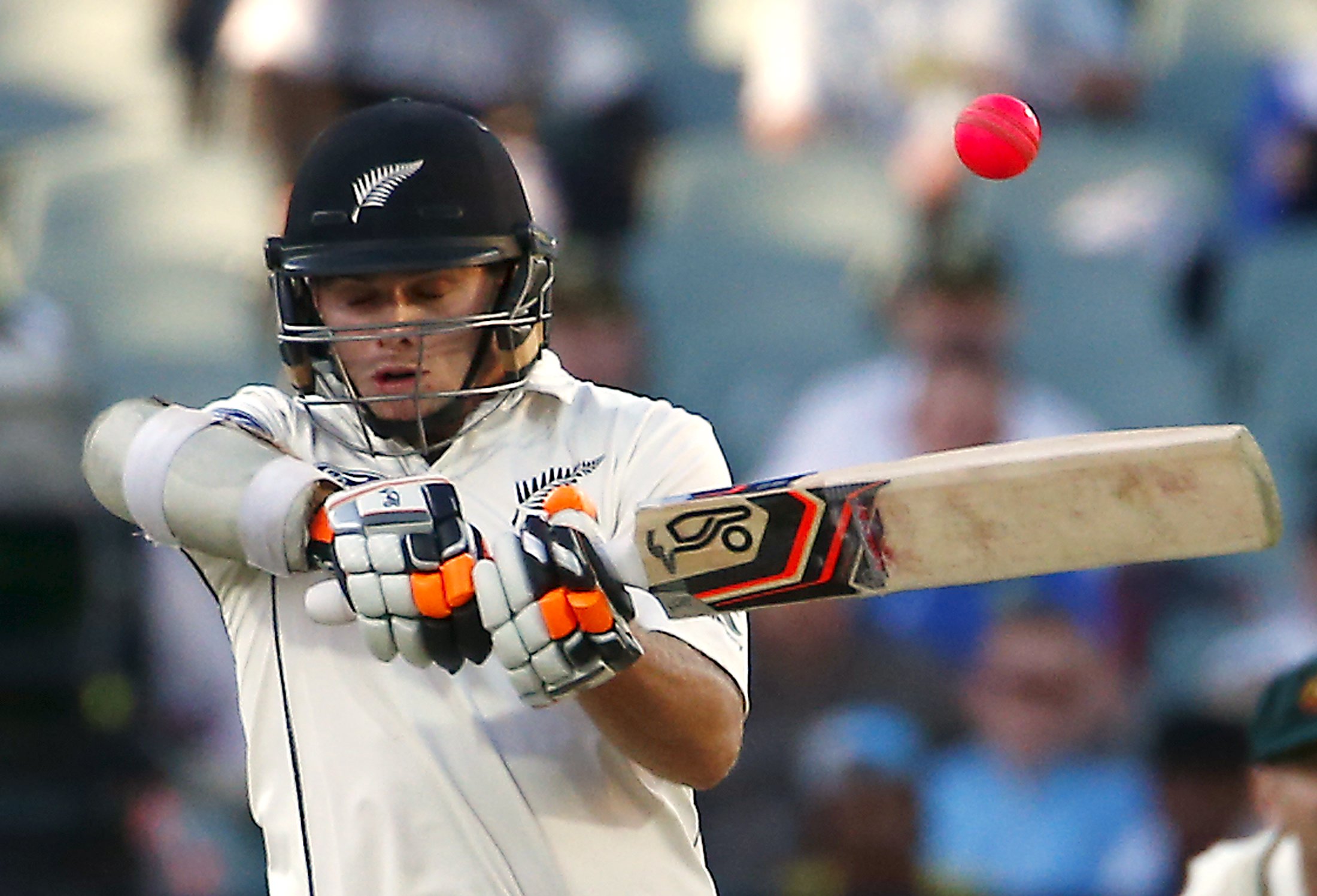 New Zealand's Tom Latham avoids a delivery from Australia's Josh Hazlewood during the second day of the third cricket test match at the Adelaide Oval, in South Australia, November 28, 2015. Photo: Reuters
BULAWAYO: Tom Latham scored a century for a second successive match as New Zealand pulverised the home bowling to finish on 329 for two on the first day of the second test against Zimbabwe on Saturday. Latham, who made 105 in the first test, scored 136 before being caught and bowled in the last over of the day by part- timer spinner Sean Williams. Captain Kane Williamson, playing his 50th test, will start on Sunday five runs short of his century and completing a record of tons against each of the test playing nations. Martin Guptill was the first man out, trapped lbw to a full delivery from Donald Tiripano. Guptill went for 87 after sharing an aggressive opening partnership of 167 with Latham on a slow wicket after Williamson won the toss. Latham's century came up off 190 balls and he continued to look comfortable until the penultimate delivery of the day when he spooned the ball back to Williams. The partnership for the second wicket was worth 160 runs. Zimbabwe's bowlers proved wayward, allowing the visitors to set up a consistent scoring rate and dominate proceedings. Spinner Graeme Cremer took the most punishment as he went for 108 runs in his 25 overs as the track failed to provide any turn. New Zealand won the first test at the same venue by an innings and 117 runs inside four days, scoring 576 for six. The series is being played over two matches and marks a first test in 20 months for the Zimbabweans.
#New Zealand #Zimbabwe #Tom Latham #Sean Williams
You May Also like: