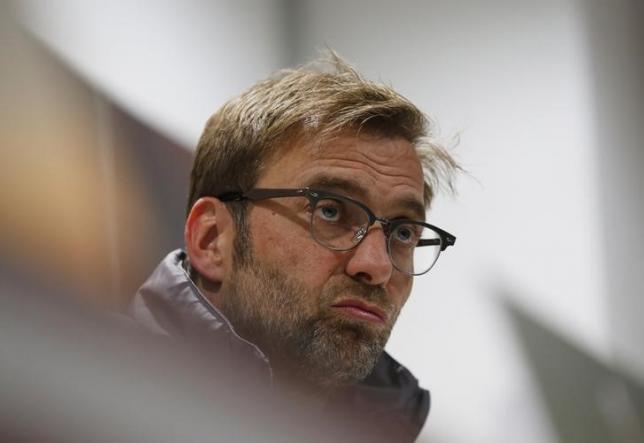 Liverpool's best chance of qualifying for the Champions League next season is to win the Europa League this year, manager Juergen Klopp has said. Winning this year's tournament would guarantee Liverpool a Champions League berth, with the club unlikely to qualify otherwise as they are nine points off fourth place in the Premier League table with 12 games to play. "Sometimes you can look at winning a cup as the shortest way to get somewhere," Klopp said ahead of Thursday's Europa League last-32 first leg clash with Augsburg in Germany. "For sure, the Europa League is not the shortest way to get to the Champions League. (But) the chance to qualify for the Champions League makes it more interesting. "How many points in the league are we away from the Champions League? I think it is nine. So, at this moment, I would say we have a better chance this way." Liverpool take on an Augsburg side struggling in the Bundesliga but Klopp warned his team that they needed to keep their focus against the small Bavarian club. "This game against Liverpool is for sure the biggest game in their history and that means something," he added. "You can imagine how they will be and we have to be ready too, to go to the next round -- but not with an easy game."
#Liverpool #Europa league
You May Also like: