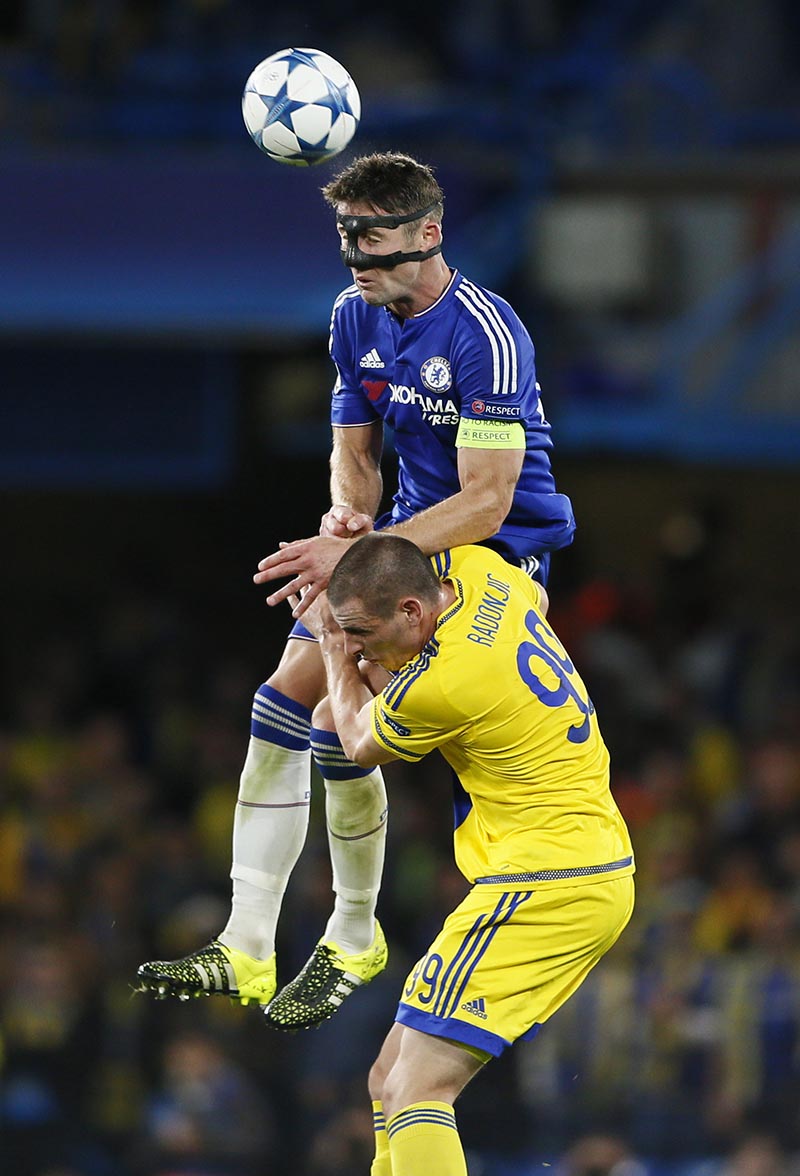 Chelsea will go into their Premier League match against Arsenal on Saturday with renewed optimism after their morale-boosting 4-0 win over Maccabi Tel Aviv in the Champions League in midweek, defender Gary Cahill has said.

Cahill captained the side for the first time in a competitive match and said the win would give the defending Premier League champions a boost over the Gunners, who were beaten 2-1 by Croatian side Dinamo Zagreb.

"It will be of use because we'll go into training in better spirits than we have been off the back of a win," the England international told the club website (www.chelseafc.com).

Chelsea are languishing on the brink of the bottom three after their worst start to a Premier League season, while Arsenal are fourth.

Manager Jose Mourinho's team also have the worst defensive record in the league so far, with 12 goals conceded in five games, but Cahill says the team will be looking forward to taking on the Gunners.

"Everybody will be happier, more lively. We know the situation in the league so we'll flip straight back to that and we know this is a huge game," Cahill said.

"I'm not going to say it's going to have an absolutely massive impact on the weekend, because it probably won't, but in terms of the feel-good factor around us it certainly will," the 29-year-old added.

"We have huge players in our dressing room who have done loads and loads in the game, but it's just normal that when you go on a bad run or lose games you maybe get a dip in confidence, that's just natural," he said.

"The only thing that turns it around is winning games and we have another chance to do that tomorrow," he added. (Reporting by Simon Jennings in Bengaluru; editing by Amlan Chakraborty)