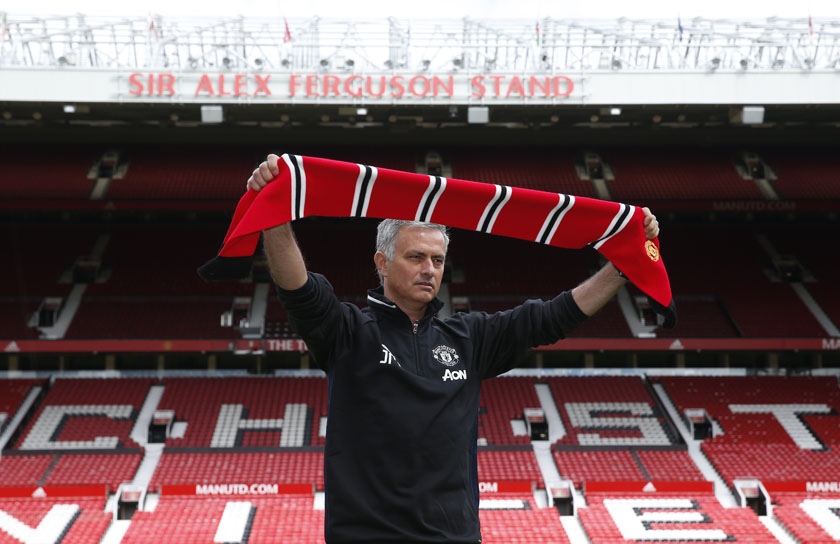 LONDON: Jose Mourinho has urged Manchester United's players and supporters to reconnect and bring the fear factor back to Old Trafford as he prepares for his first home game in charge against Southampton on Friday.

Mourinho, who has lost nine home league games over his managerial career, once going more than nine years without a home league defeat, insists that his team can make Old Trafford a fortress again.

"Not me, but the team, yes," Mourinho told journalists on Thursday. "The fans also help. Everything starts there: the relationship between team and fans.

"If there's a connection then the factor of being really strong at home has to come back," he added. "The way we play (helps) and if the fans play (their part) there'll be no chance for the opponent."

He can also call on the world's most expensive signing Paul Pogba against Southampton after confirming that the 89 million pound ($117.12 million) midfielder is available.

Premier League football will be played regularly on a Friday night this season.

In contrast to United's extravagant spending, Arsenal's relatively parsimonious transfer window has again prompted discontent from supporters, with Arsene Wenger forced to defend his approach ahead of Saturday's trip to Leicester City.

"You can pay huge amounts of money for average players," Wenger told journalists on Thursday, "but to find the ones who will strengthen your squad is more difficult."

Last season's top two are under pressure after losing their opening matches, but Leicester, who became the first reigning champions since Arsenal in 1989 to lose their opener, are buoyed by Riyad Mahrez's decision to sign a contract extension this week.

"Riyad was always concentrated but of course all the speculation could affect him," said coach Claudio Ranieri, "but we never spoke about this.

"It's normal other managers look at Leicester players. We want to continue, we are building, we want to stay together."