New Zealand dismissed for 183 before tea 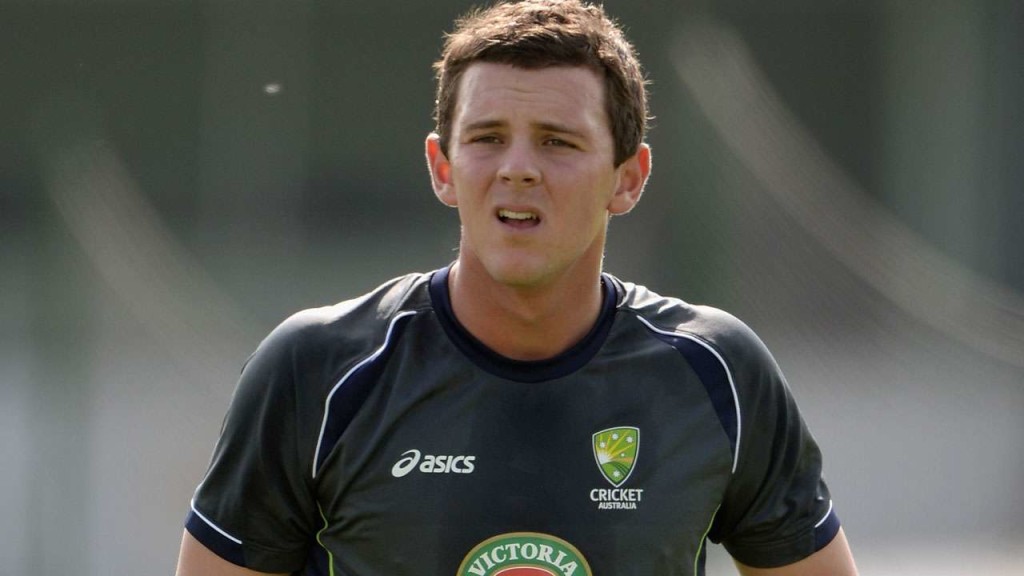 Australia's fast bowler Josh Hazlewood
WELLINGTON: Australia's Josh Hazlewood and Peter Siddle destroyed New Zealand's batting lineup with a disciplined plan of bowling straight and full to skittle the hosts for 183 shortly before tea on the first day of the first test on Friday. Having been given the first use of the ball on a green Basin Reserve wicket, Hazlewood and Siddle reduced New Zealand to 51-5 inside 12 overs before Nathan Lyon helped polish off the tail after lunch. Hazlewood finished with 4-42, Siddle took 3-37, while off-spinner Lyon grabbed 3-32, with the tea break taken 10 minutes early when Trent Boult was caught at long on for 24. Mark Craig top-scored with 41 not out but the pitch appeared to have lost much of its bite by the end of New Zealand's innings, which lasted 48 overs. The hosts had been 84-5 at lunch with BJ Watling and Anderson fighting to resurrect their innings. Their resistance, however, did not continue with Watling (17) Hazlewood's fourth wicket in the second over after lunch when he became wicketkeeper Peter Nevill's fourth catch of the innings. Doug Bracewell (5) followed three overs later when he nicked the ball to Adam Voges at first slip, the seventh batsman to fall to a catch behind the wicket. Anderson (38) became the first player dismissed in front of the wicket when he hit a Lyon delivery to Usman Khawaja at mid-off. A last-wicket partnership of 46 between Craig and Trent Boult inflated the home side's score, particularly after the latter hit three sixes off Lyon. The visitors had seized control of the match shortly after Steve Smith had won the toss and simply bowled straight and waited for the ball to do just enough to catch the outside edge. Martin Guptill (18), Tom Latham (6), Kane Williamson (16) and debutant Henry Nicholls (8) were all caught behind with Latham and Nicholls dismissed by deliveries they probably should have left. Captain Brendon McCullum, whose 100th test was commemorated before the game with the presentation of a special cap, was also caught at third slip by David Warner for a duck, but that was from an inside edge that ballooned off his pad. Guptill, Williamson and McCullum fell within the space of 2.2 overs for nine runs and when Nicholls was out just under three overs later, New Zealand were in a large hole they never really recovered from. The second game of the two-test series is in Christchurch starting on Feb. 20.
#Australia #New Zealand
You May Also like: