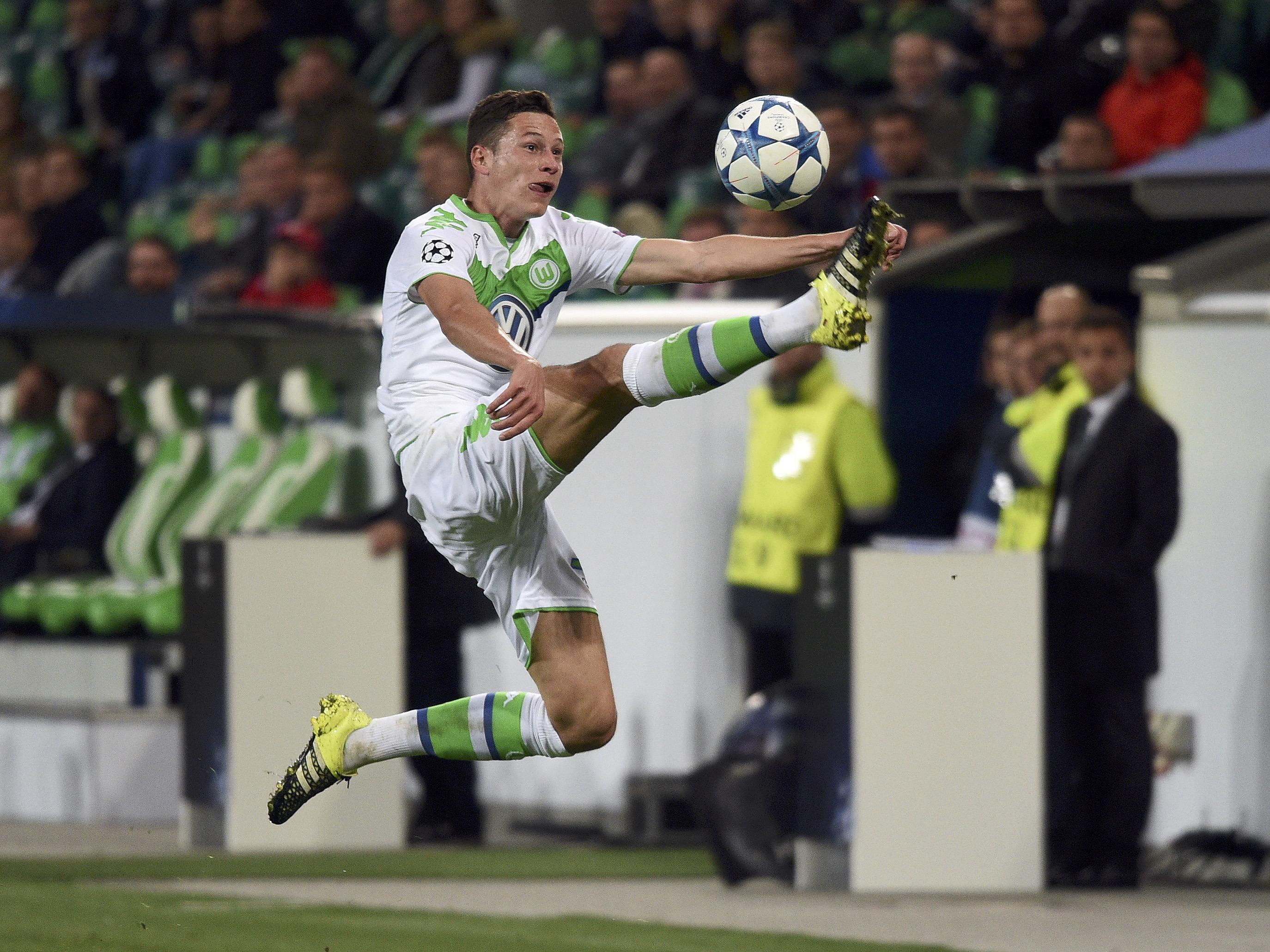 Wolfsburg's Julian Draxler plays the ball against CSKA Moscow during their Champions League group B soccer match in Wolfsburg, Germany September 15, 2015. Photo: Reuters
WOLFSBURG: New signing Julian Draxler scored the winner as VfL Wolfsburg edged past CSKA Moscow 1-0 in their Champions League Group D opener on Tuesday for a winning return to Europe's premier club competition after a six-year absence. Germany international Draxler, brought in from Schalke 04 for 35 million euros ($39.43 million) to replace Kevin De Bruyne who joined Manchester City, struck on the rebound in the 40th minute. Wolfsburg dominated throughout with the Russians defending deep and the hosts could have scored more were it not for some sloppy finish. Last season's Bundesliga runners-up next play Manchester United on Sept. 29 with CSKA taking on Dutch side PSV Eindhoven in the other group match. Wolfsburg, who had played the Russians exactly six years ago to the day in their only other Champions League group stage participation, had control of the game from the start. Bas Dost came close with a header and Andre Schuerrle tried his luck from eight metres for his shot to be saved by Igor Akinfeev as the Wolves pressed for an opening goal. CSKA, who have played double the league matches the Germans have this season already, managed to hang on until the 40th minute when Draxler fed Max Kruse on the wing. Kruse crossed and Draxler's header was punched clear by Akinfeev, but only into the attacking midfielder's path and he easily slotted in on the rebound. Playing in front of a half-full stadium and about 19,000 spectators Wolfsburg should have scored again but instead the one goal was enough for all three points.
#Germany #Champions League #Wolfsburg
You May Also like: