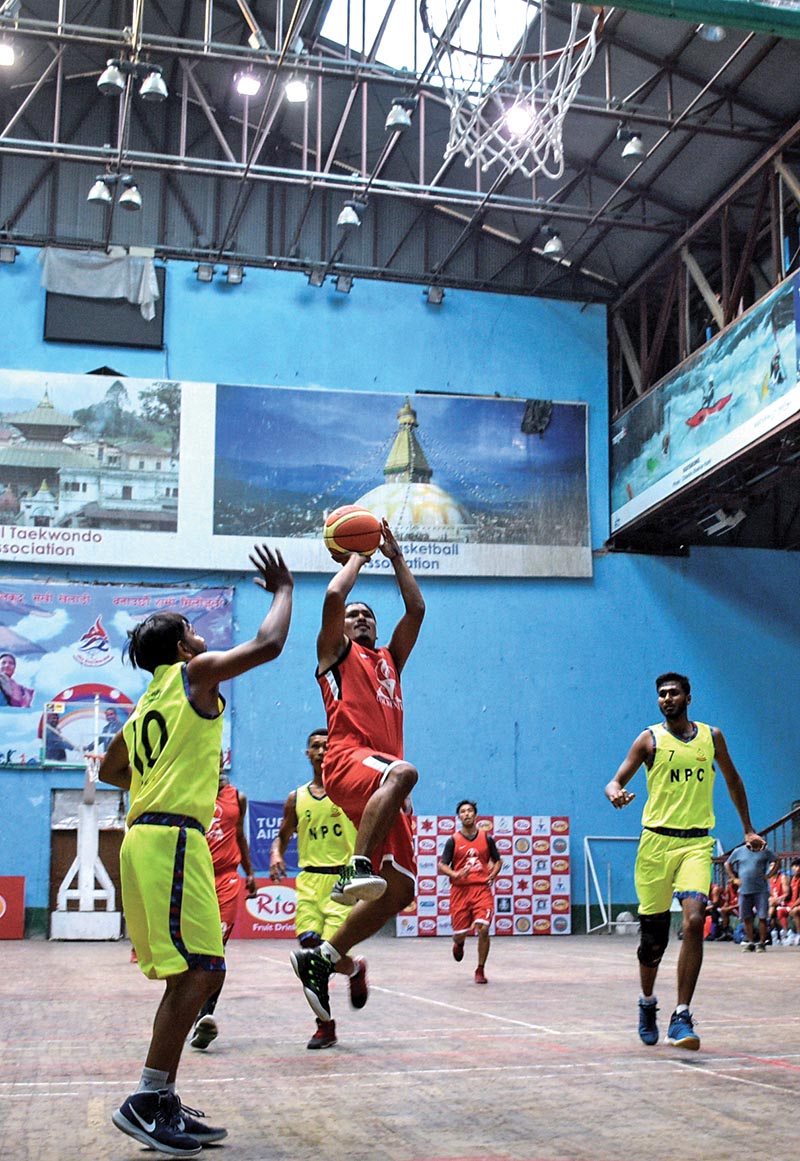 Action in the match between Nepal Police Club (yellow jersey) and Golden Gate International Club during the Kwiks National Basketball League playoffs in Kathmandu on Sunday. Photo: THT
NPC, who fell three points behind after the first two quarters, bounced back after the break to get off to the winning start in the best-ofthree playoffs. Golden Gate netted 22 points each in the closely-contested first two periods but the NPC won the third quarter 13-12 and the final quarter made all the difference as the departmental side took it 24-16. Bikash Gurung of NPC was named the player of the match for his 23 points along with 13 rebounds.
#Kwiks National Basketball League
You May Also like: