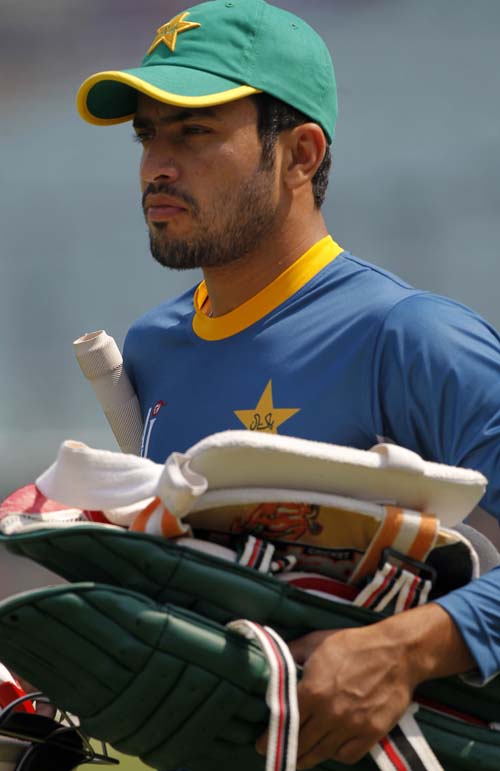 FILE - Pakistan's Mohammad Nawaz walks for a training session prior to their match against Bangladesh of the ICC World Twenty20 2016 cricket tournament in Kolkata, India, on Tuesday, March 15, 2016. Photo: AP

ISLAMABAD: The Pakistan Cricket Board has banned left-arm spinner Mohammad Nawaz for two months and fined him 200,000 rupees ($1,900) for violating its anti-corruption code.

The PCB said in a statement on Wednesday that the ban, starting from May 16, could be reduced to one month if Nawaz fulfills certain conditions that include no further breach of its anti-corruption code.

Nawaz admitted to the PCB's vigilance and security department that "on one occasion" he was approached by bookmakers and he didn't inform the cricket board in time. The PCB didn't clarify when exactly Nawaz was approached.

The PCB initiated inquiries into spot-fixing after its domestic Twenty20 tournament — the Pakistan Super League — ended in March. Nawaz is the second player to be banned by the PCB after tall fast bowler Mohammad Irfan was banned for one year.

The PCB is investigating Sharjeel Khan, Khalid Latif, Nasir Jamshed and Shahzaib Hassan while another left-arm spinner Zulfiqar Babar has also been questioned by the PCB's anti-corruption unit.