DoI signs MoU with FNCCI to collect data of industries

Federer and Nadal move within sight of landmark meeting 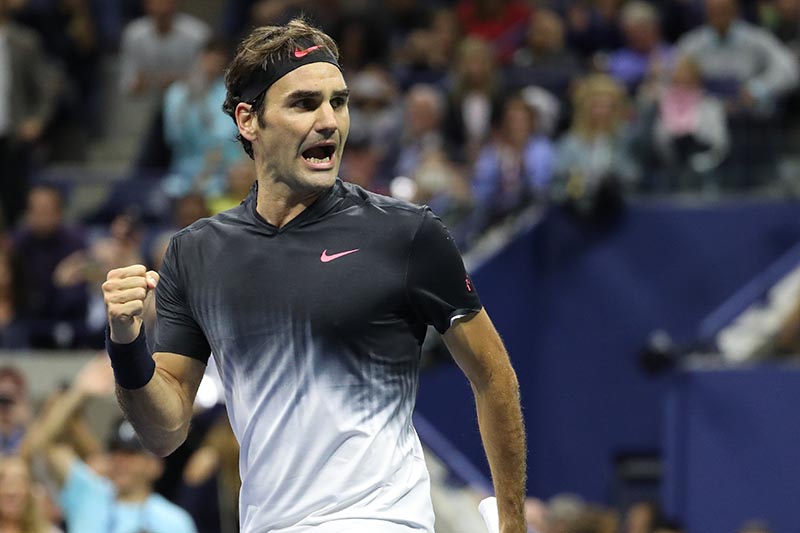 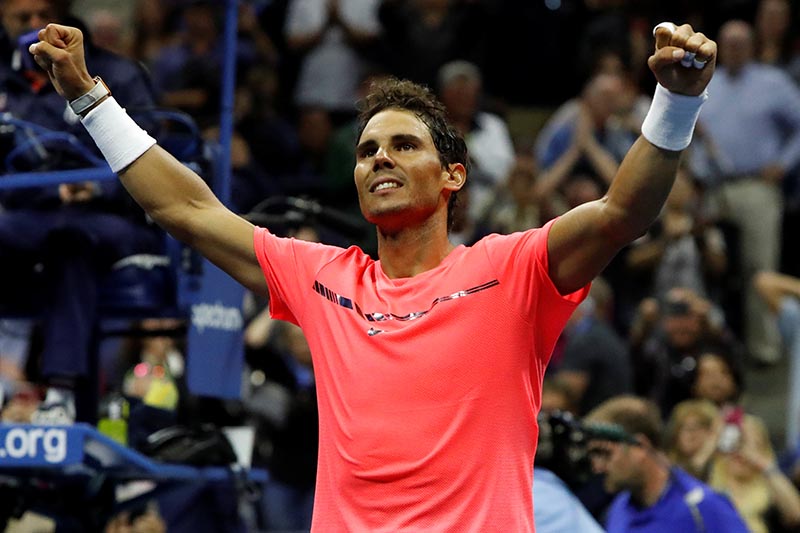 Rafael Nadal of Spain celebrates winning match point in his third round match against Leonardo Mayer of Argentina, in the US Open match, in New York, US, on September 2, 2017. Photo: Reuters
NEW YORK: Roger Federer crushed Germany's Philipp Kohlschreiber 6-4 6-2 7-5 to ease into the quarter-finals of the US Open and leaving the five-time champion on a collision course for a semi-final showdown with Rafa Nadal. The elegant Swiss maestro and the muscular Spaniard have played for titles on French Open clay, Wimbledon's manicured lawns and in Australian heat and while no trophy would be on the line a New York meeting would still have the Big Apple buzzing. One of the great rivalries sport, Federer and Nadal have clashed 37 times over the years but never stood across from each other on Flushing Meadows' hardcourts. Standing between Federer and a semi-final berth is towering Argentine Juan Martin del Potro, who beat the former-world number one in the 2009 final to lift his only grand slam title. Nadal kept up his end of the bargain for the potential September 8 showdown with a straight sets win over Ukraine's Alexandr Dolgopolov earlier on Monday and will need to get past 19-year-old Russian Andrey Rublev. After two marathon five-setters to open his US Open account, Federer sprinted past veteran Spaniard Feliciano Lopez in just 77 minutes in the third round and dismissed Kohlschreiber in one hour, 49 minutes without facing a break point. Federer, a perfect 11-0 against the German, started quietly and content to feel out his opponent but it was not long until he turned up the pressure breaking with a thundering forehand to secure the early break 4-3 and cruising to 1-0 lead. With the match on serve at 2-1 to the German in the second set, the razor sharp Federer tore through six successive games to take the set and 1-0 lead in the third. With Kohlschreiber on the ropes, the 36-year-old Swiss seemed to ease up but managed the decisive break at 6-5 then coolly held serve finishing off the contest with a classic forehand winner.
#Rafael Nadal #Roger Federer #US Open #Tennis tournament
You May Also like: