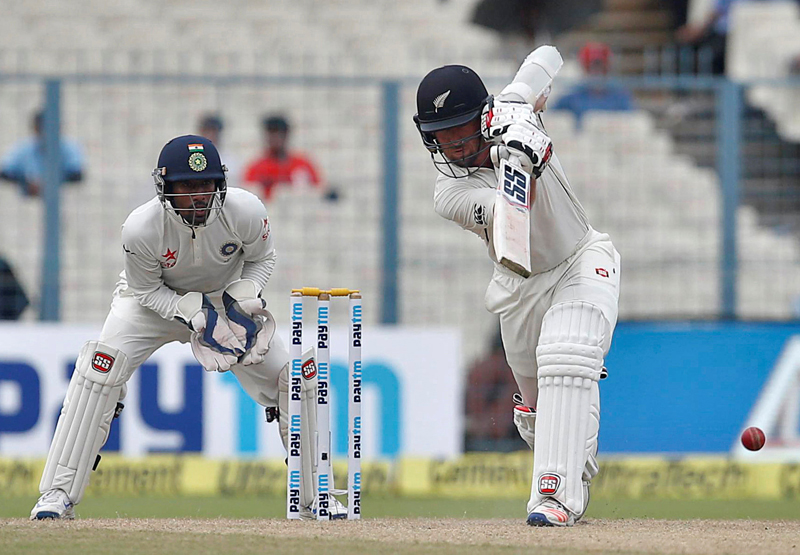 Ashwin's dismissal brought Rohit and Saha together and the duo then batted India into a commanding position.

Earlier, resuming on 128-7, New Zealand's Jeetan Patel (47) and BJ Watling (25) compiled a fighting eighth-wicket stand of 60 before the former fell trying to slog off-spinner Ashwin's first ball of the day.

Patel, who had played his last test in January 2013, hit nine fours in his run-a-ball innings and, with wicketkeeper-batsman Watling, kept India at bay for more than an hour in the first session while compiling his best score.

The 36-year-old was given out leg before against Jadeja on 47 but was reprieved after replays showed the left-arm spinner had overstepped.

With his maiden fifty one hit away, Patel, whose 47 was New Zealand's highest individual score in the innings, decided to go for a boundary on a flighted delivery from Ashwin but only managed a top edge that was caught by Mohammed Shami.