Rooney: I can be central to United 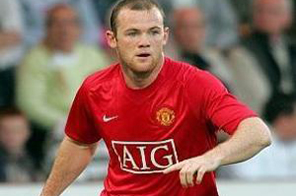 Wayne Rooney believes he can fill the void left by Ronaldo and Carlos Tevez - if he is given the chance to shine at United. Source: Agencies

LONDON: Key men Cristiano Ronaldo and Carlos Tevez have left the Barclays Premier League champions since the end of the season.
Already, it has been suggested that Rooney must step up and fulfil his potential this season if United are to maintain their lofty standards of recent campaigns.
And the England striker feels more than ready to meet that obligation.
"We've lost two key players and obviously I hope we can get a few players in," Rooney told The Times.
"Between them Cristiano and Carlos scored a lot of goals for us last season and the season before, but I would like to think I'm capable of filling that gap.
"I've said before that, if I can play in my right position, I'm capable of doing that."
Rooney has often been asked to operate out wide by manager Sir Alex Ferguson since joining from Everton.
The Liverpudlian is adamant that has prevented him from showing his best form on a consistent basis, and believes the time is right to make a permanent switch to the centre.
"I want to play in the position where I feel I'm best," he said.
"A lot of people think I'm best as a centre forward.
"To play in a Champions League final and to play week in, week out for Manchester United is a privilege and it's something I'm very lucky to be doing, but I don't think playing on the wing I can express myself as much as I like to."

#Rooney: I can be central to United
You May Also like: