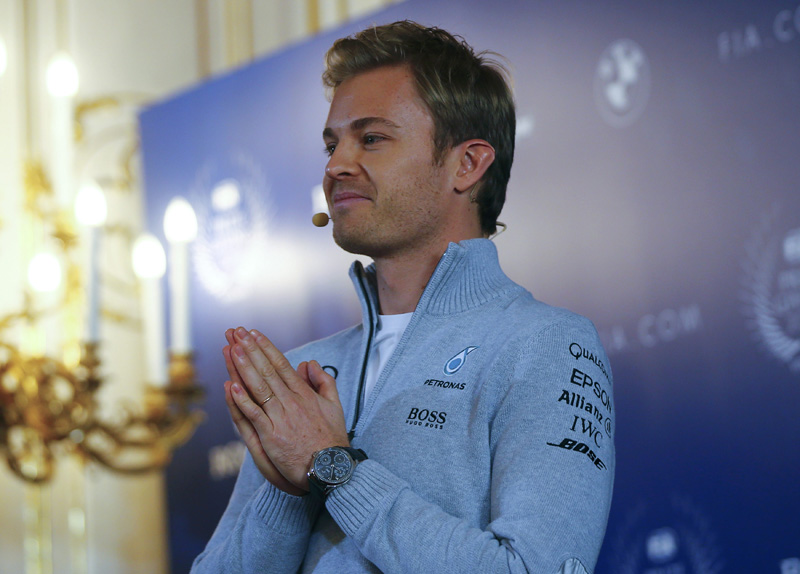 Mercedes' Formula One World Champion Nico Rosberg of Germany speaks during a news conference as he announces his retirement in Vienna, Austria December 2, 2016. Photo: Reuters
London, December 2 Nico Rosberg stunned Formula One on Friday with the shock announcement that he was retiring only days after achieving his lifetime ambition by winning his first world championship with Mercedes. “From the moment when the destiny of the title was in my own hands, the big pressure started and I began to think about ending my racing career if I became world champion,” the German said on Facebook. “On Sunday morning in Abu Dhabi, I knew that it could be my last race and that feeling cleared my head before the start. I wanted to enjoy every part of the experience, knowing it might be the last time,” the 31-year-old added. “I took my decision on Monday evening,” added the driver, who had given no previous indication of his intentions and had been at the team factory in Brackley on Thursday after a trip to his German birthplace of Wiesbaden. Rosberg, who was due to attend the governing FIA’s gala prize-giving in Vienna later on Friday along with teammate and triple world champion Lewis Hamilton, did not say what he planned to do next. He will leave with a record of 23 wins in 206 races and as only the second son of a champion to take the title, following in the footsteps of 1982 winner and father Keke. Rosberg was also the first German driver to win the Formula One championship in a German car. “Since 25 years in racing, it has been my dream, my ‘one thing’ to become F1 World Champion. Through the hard work, the pain, the sacrifices, this has been my target. And now I’ve made it,” he said. His sudden departure leaves a vacancy that any driver on the grid would fight for, Mercedes being the most dominant team in the sport with 19 wins in 21 races this season. They have won the drivers’ and constructors’ titles for the past three years in a row and will start next season, despite significant rule changes, as favourites again.
#Lewis Hamilton #Nico Rosberg #Formula One #F1 World Champion
You May Also like: