Shami in the pink over conditions for day-night tests 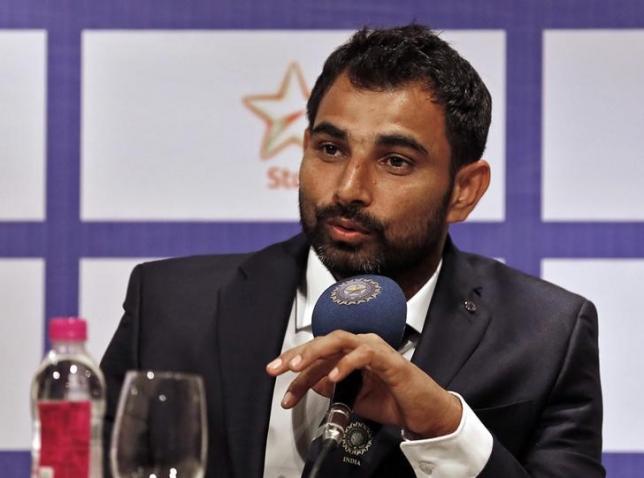 Indian cricketer Mohammed Shami speaks during a news conference in Mumbai, India January 5, 2016. REUTERS
India fast bowler Mohammed Shami has offered positive feedback on the pink ball in Indian conditions, after it was used on an experimental basis during a domestic game at Eden Gardens. In April, India's cricket board decided that one game of an upcoming three-test series against New Zealand would be a day-night affair, pending trials of the pink ball. The 26-year-old, who picked up five wickets playing for Mohun Bagan in the day-night final, said South Asian conditions favoured swing with the pink ball, which was an exciting prospect. "With red or white balls, there was some visibility problem as it took (on) the colour of grass," he was quoted as saying by the Press Trust of India. "Definitely I will prefer this (pink) ball, this is much better. The biggest plus point is (the swing) under lights, what else does a bowler want? It's challenging for both batsmen and bowlers. "If we can maintain the dryness, I'm sure it will reverse. It did (reverse), I noticed." Wicketkeeper Wriddhiman Saha echoed Shami's sentiments but said pace would prove challenging for batsmen. "Every ball is swinging a bit either way which was never the case with the red (ball). The visibility is perfect," Saha told PTI. "But batsmen will have problem if a pacer consistently bowls at 140 km per hour."
#India #Mohammed Shami
You May Also like: