SA Games will be held in Nepal, on time: Shrestha 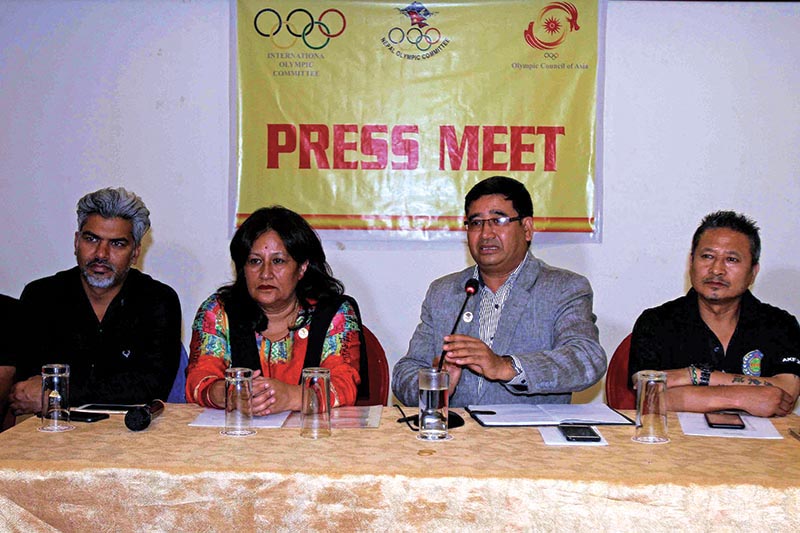 Nepal Olympic Committee President Jeevan Ram Shrestha reiterated that the 13th South Asian Games would be held in Nepal and on time.

The South Asian Olympic Council’s meeting held in Nepal in December last year had decided to host the SA Games from March 9-18, 2019 in Nepal and NOC President Shrestha claimed  that the event would be organised on time.

“The government is committed to hosting the event in Nepal and we are capable of organising the games on time,” said Shrestha at a press meet. Shrestha also informed that Kathmandu and Pokhara would host events. “We are yet to decide the venues for different games but it is understood that Kathmandu and Pokhara will host the events,” Shrestha added. “If the government takes it seriously, preparing infrastructure for the regional sporting extravaganza on time is not a big deal.”

Shrestha also urged the authorities to let them work freely. “We should be able to work freely from our office if we are to host the games without any trouble. Everybody knows what would happen if we do not get the environment to work from our office,” said Shrestha. The government-recognised Nepal Olympic Committee President Rukma Shumsher Rana-led faction has captured the NOC office since January 24.

Shrestha-led NOC, which has been recognised by the Olympic Council of Asia (OCA) and International Olympic Committee (IOC), has not able to enter the office and they are operating from outside. “I hope the government will solve the problem and will let us work smoothly,” Shrestha added.

The SAOC meeting, chaired by Shrestha on the sidelines of fifth Indoor and Martial Arts Games in Ashgabat, finalised 25 sports disciplines for the 13th SAG. Archery, athletics, badminton, basketball, boxing, cycling, fencing, football, golf, handball, judo, kabaddi, karate, kho-kho, shooting, squash, swimming, table tennis, taekwondo, tennis, triathlon, volleyball, weightlifting, wrestling and wushu were the sports disciplines decided during the meeting held in Turkmenistan on October 19. “As a host country, we added golf and karate as hosts,” said Shrestha. “And the next meeting scheduled for January in Kathmandu will decide the number of events and venues,” he added.