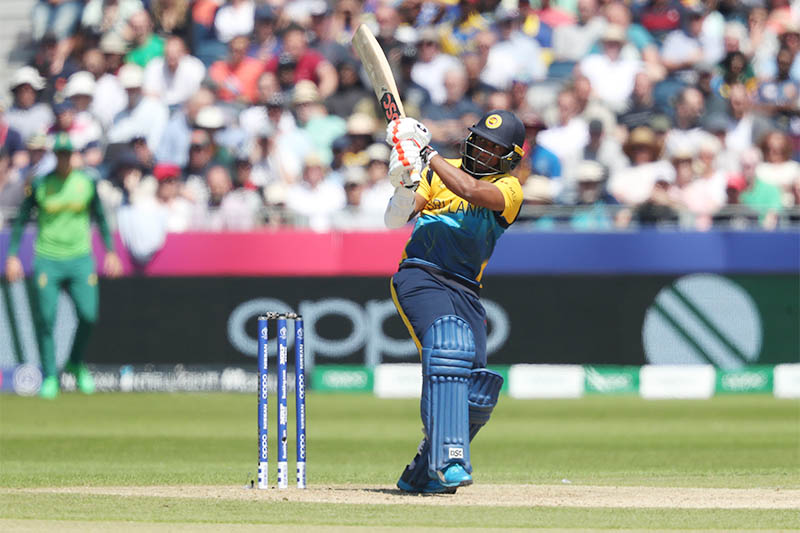 Sri Lanka's Jeevan Mendis in action. Photo: Reuters
CHESTER-LE-STREET: Sri Lanka's fast start was halted by seamer Dwaine Pretorius as South Africa rallied to limit their opponents to 203 all out at the innings break of their crucial Cricket World Cup clash at the Riverside Ground on Friday. Victory would keep Sri Lanka’s semi-final hopes alive and, after overcoming the loss of captain Dimuth Karunaratne in the first ball of the innings, Kusal Perera (30) and Avishka Fernando (30) raced to 67 inside the first 10 overs. But Pretorius (3-25 in 10 overs) picked up both wickets and slowed the run-rate, as South Africa took control of the innings against a nervous Sri Lanka side who retreated into their shell. South Africa, who have already been eliminated from the World Cup, have won 16 of their last 18 meetings with Sri Lanka, including a 5-0 clean-sweep at home in March.
#Sri lanka #ICC Cricket World Cup 2019
You May Also like: