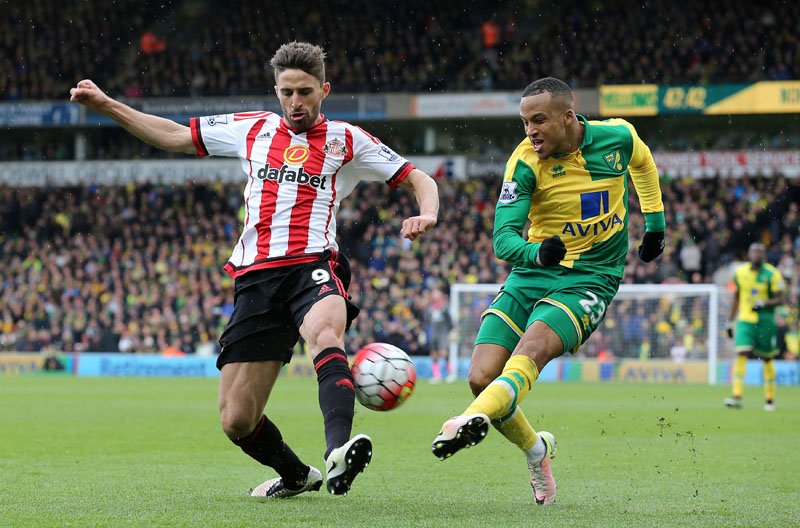 Sunderland's Fabio Borini (left) and Norwich City's Martin Olsson in action during their English Premier League football match at Carrow Road, Norwich, England, on Saturday April 16, 2016. Photo: Chris Radburn / PA via AP
NORWICH: Sunderland took a big step in its fight for English Premier League survival as it beat fellow strugglers Norwich 3-0 on Saturday. Sunderland took the lead in the 41st minute through Fabio Borini's penalty after he was fouled by Andre Wisdom. Club top scorer Jermaine Defoe made it 2-0 shortly after halftime, sliding in to score from Borini's cross. Sunderland got its third goal in stoppage time, Duncan Watmore rounding Norwich goalkeeper John Ruddy to score. Norwich, although dominant for large parts of the match, was unable to take any of its chances. Despite the result, Sunderland remains in 18th place — a point from safety — with a game in hand over Norwich, which is immediately outside of the relegation zone in 17th.
#English Premier League #Sunderland #Norwich City #Barclays English Premier League #Norwich City vs Sunderland
You May Also like: