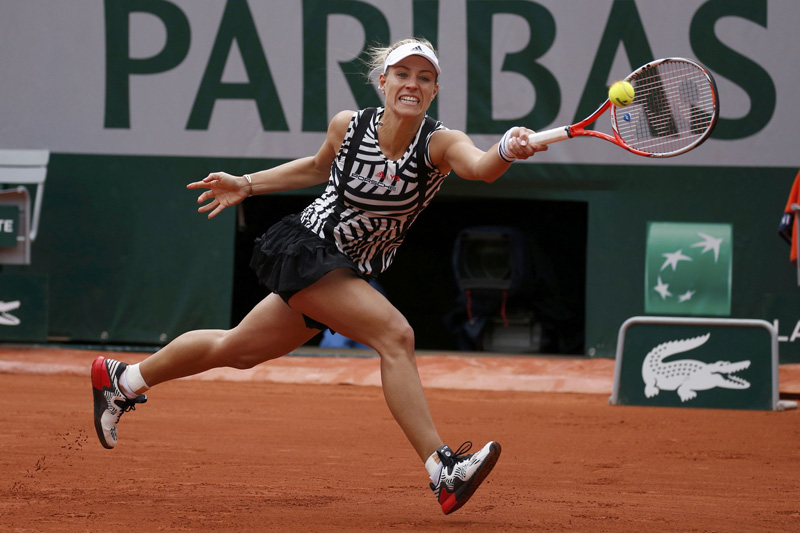 Angelique Kerber returns the ball during French Open in Paris on May 24, 2016. Photo: Reuters

BEIJING: Elina Svitolina stayed calm in the face of adversity to secure a surprise 6-3 7-5 win over German world number one Angelique Kerber as the Ukrainian advanced to the China Open quarter-finals in Beijing on Thursday.

The 16th-seed saved nine of 10 break points in the opening set, six of them coming in a topsy-turvy ninth game, before unleashing a forehand winner past the stranded Australian and U.S. Open champion to seize the first set after 45 minutes.

Svitolina, who stunned former world number one Serena Williams at the Rio Olympics, rallied from an early loss of serve in the second set to break Kerber twice more on her way to a fourth win against a top-10 opponent in 2016.

The 22-year-old Ukrainian will next face Australian Daria Gavrilova, who beat Caroline Garcia 6-4 6-3, in the last eight.

#Angelique Kerber #China Open #Elina Svitolina
You May Also like: