Time running out for Gladbach's Favre as Rhine derby looms 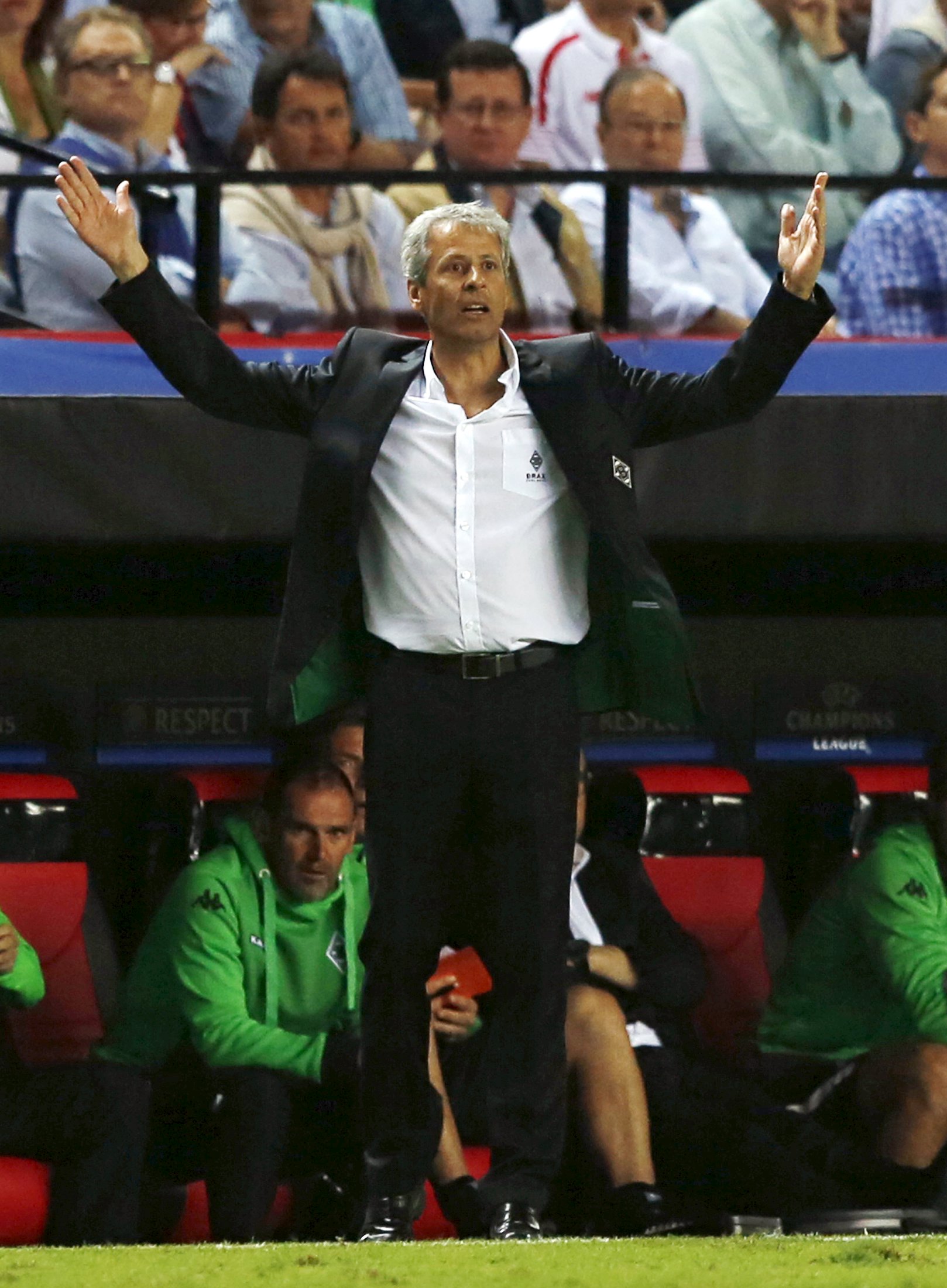 Moenchengladbach's coach Lucien Favre reacts during their Champions League group D soccer match against Sevilla at Ramon Sanchez Pizjuan stadium in Seville, September 15, 2015. Photo: Reuters
BERLIN: Champions League club Borussia Moenchengladbach are with their backs to the wall as they prepare to face Cologne in the Rhine derby, with coach Lucien Favre under mounting pressure following their four-game losing start this season. Gladbach had finished third last season following a sensational run after the winter break when they racked up more points than any other Bundesliga club. Their current campaign, however, has so far been a flop with Favre's team losing all four league matches to remain in last place. Days ago club bosses said Favre, hailed as the team's saviour after driving them from the brink of relegation a few seasons ago to title contenders, was "unsackable" given his contribution but another loss on Saturday would unavoidably turn up the heat. Gone is the enthusiasm of making their first ever Champions League appearance where on Tuesday they lost 3-0 to Sevilla, conceding three penalties in 20 minutes in yet another disappointing performance. The departure of Germany internationals Max Kruse, who joined VfL Wolfsburg, and Christoph Kramer, who returned to Bayer Leverkusen after his loan deal, has left huge gaps on the pitch and dropped the quality of their game considerably. The absence of Kramer is felt at the back where the defensive midfielder, among the hardest working in the league, nipped many attacks at the bud. "For four years our defence was the crown jewel of our game," said defender Tony Jantschke after his team let another three goals in against the Spaniards. "This is a new but not a comfortable situation to be in. It is painful to let in so many goals but we are just making far too many mistakes." Gladbach have already conceded 11 goals in the league -- almost three per game -- and have scored just twice. That is where Kruse's absence is felt, with the player being both scorer and creator, something badly missing from Favre's team at the moment. With Cologne desperate to recover from their 6-2 mauling by Eintracht Frankfurt, this traditional German derby is expected to be fiery. "The derby is a special game and we have to give it everything we have to show to our fans that we really want to win this," said Gladbach forward Andre Hahn. "If we are compact from the start and go into the one-on-ones then I am confident we can get something in Cologne." Bundesliga leaders Borussia Dortmund, on 12 points following four consecutive victories, entertain Bayer Leverkusen, brimming with confidence after their 4-1 demolition of BATE Borisov in the Champions League on Wednesday that came days after their second straight loss in the Bundesliga. Champions Bayern Munich, in second place on goal difference, are equally upbeat following their own 3-0 Champions League victory at Olympiakos, as they head to promoted Darmstadt 98.
#Champions League #Borussia Moenchengladbach #Bundesliga
You May Also like: