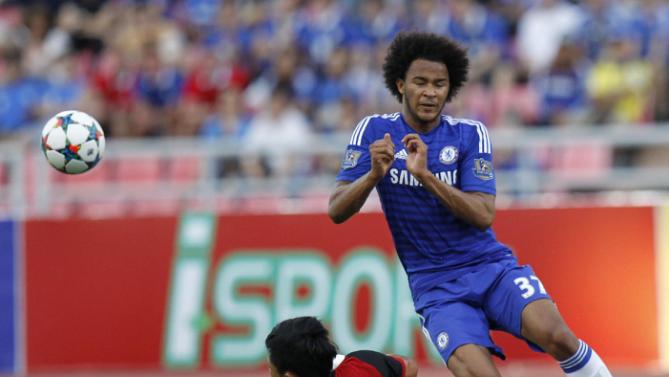 Brown is their third loan signing from the English champions in this transfer window.

The 18-year-old, an England junior international who was signed by Chelsea from West Bromwich Albion in 2013, joins Lewis Baker and Brazilian Nathan in the Netherlands.

And the trio are following a well-worn path. Last season Vitesse took Bertrand Traore, Josh McEachran and Wallace on loan from Stamford Bridge.

The season before last they had several players on loan from Chelsea, including Lucas Piazon, Sam Hutchinson and Christian Atsu.

#Chelsea #Isaiah Brown #Vitesse Arnhem
You May Also like: